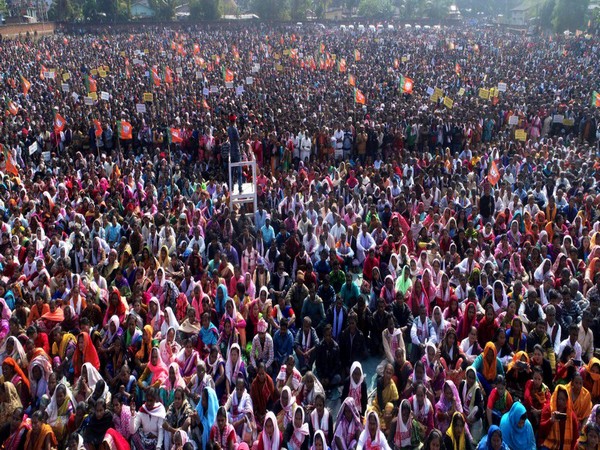 Taking to Twitter, the Chief Minister said after attending the rally, “People of Assam want peace and progress. Massive turnout in the peace rally at Jagiroad proved this once again. My heartfelt thanks to the people for their continued faith in us. Sought their blessings and cooperation to continue the development journey of our state.”Sarma also posted a picture of the rally on Twitter, in which a massive gathering of people can be seen.

“Heard many times a picture is worth a 1000 words! I shall allow these pics to speak for themselves, today. This incredible surge of people at our Peace and Progress March at #Jagiraod today conveys a lot,” Sarma tweeted.The rally comes amid massive opposition and major protest against the newly-enacted citizenship law across the country.The new law grants citizenship to Hindus, Sikhs, Jains, Parsis, Buddhists and Christians from Pakistan, Afghanistan and Bangladesh who came to India on or before December 31, 2014.