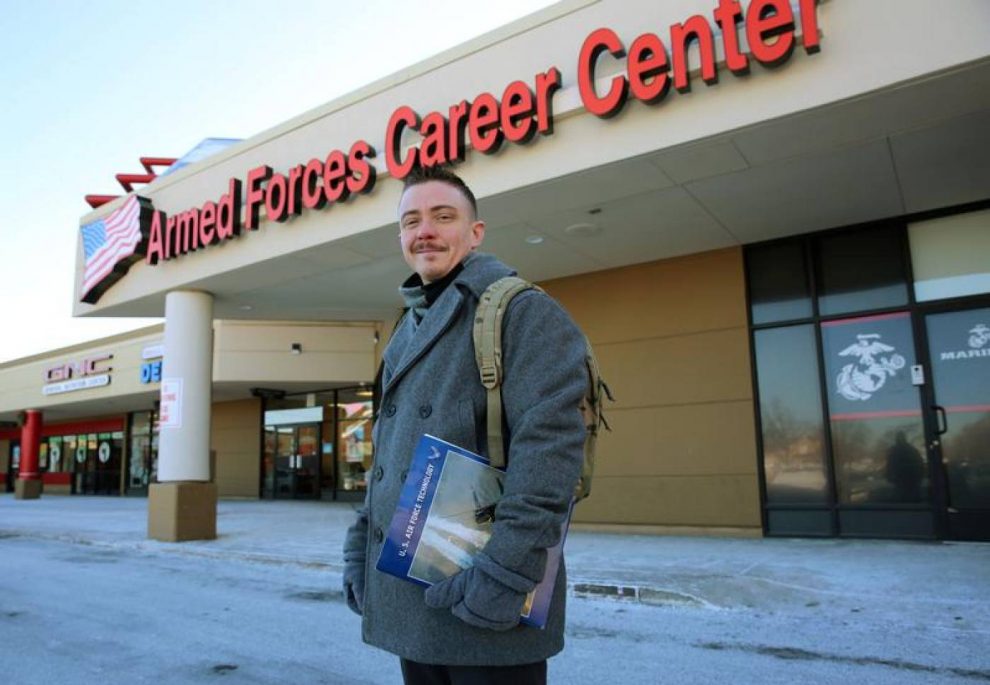 As Joe Biden began his first full day as U.S. president-elect, a group of transgender military aspirants and campaign groups insisted that one of his first priorities must be to overturn a ban on new transgender personnel serving in the U.S. military.

Biden captured the presidency on Saturday as voters narrowly rebuffed Republican incumbent Donald Trump’s tumultuous leadership and embraced his promise to fight the coronavirus pandemic and fix the economy in a divided nation.

Nic Talbott, a plaintiff in one of four lawsuits filed in federal courts challenging the ban, said he was hopeful that Biden’s victory could transform his life.

As a trans man, he has been banned from joining the U.S. military, a dream he has held since childhood. He had been in the process of joining the Air Force National Guard but ended up working in a local Walmart in the midwestern state of Ohio.

“I was incredibly emotional when I first heard the news of Mr Biden’s victory,” Talbott, 27, told the Thomson Reuters Foundation by email on Sunday.

In April, John Roberts, a trans man who wants to join the National Guard, a reserve branch of the military, told the Thomson Reuters Foundation that the ban was “probably the most frustrating thing I’ve had to deal with in my entire life”.

When Trump announced the ban in 2017, he said the military needed to focus on “decisive and overwhelming victory” without being burdened by the “tremendous medical costs and disruption” of having transgender personnel.

The U.S. Supreme Court has ruled the Trump transgender policy of 2019 can stand while it faces the four separate lawsuits in lower courts.

About 1.3 million active personnel serve in the U.S. military, Department of Defense data shows. There are no official figures on the number of trans members.

But the Rand Corp., a U.S. policy research institute, estimated in 2016 about 2,450 active service members were trans.

During his presidential bid, Biden – who was Obama’s vice president – pledged to instruct the Pentagon to restore the right of trans people to serve in the military.

“Every American who is qualified to serve in our military should be able to do so – regardless of sexual orientation or gender identity and without having to hide who they are,” Biden said on his website.

Barbara Simon, head of news and campaigns at LGBT+ rights organisation GLAAD, said the ban on transgender service should be lifted “as soon as possible”.

“It’s clear it was driven by anti-LGBTQ bias and was not supported by troops overall or by the public, who also oppose discrimination waged against LGBTQ people,” she told the Thomson Reuters Foundation in emailed comments.

According to a 2019 GLAAD survey, almost three quarters of the non-LGBT+ respondents said it should be illegal to ban physically qualified trans people serving in the U.S. military.

Lifting restrictions now would send “a strong message of inclusion and respect not only to transgender troops currently serving, but to LGBTQ people across the country”, said Lambda Legal’s chief executive Kevin Jennings.

“Every American who is willing to serve their country should be invited to do so — not targeted for exclusion because of who they are,” Jennings said in emailed comments.