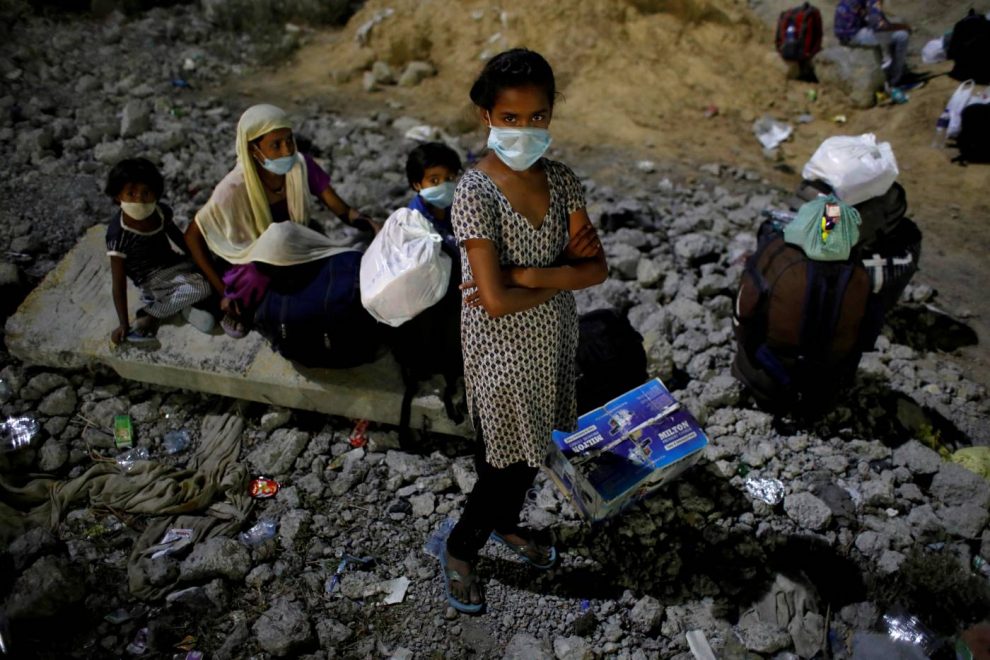 BANGKOK: Migrant workers in Asia are being locked up and abandoned by employers even as countries ease coronavirus curbs, say human rights groups, which are calling for better housing and changes to visa laws.

The warning came after more than a dozen workers from Myanmar were dumped by the roadside in Thailand this week following a ban on the movement of migrant workers in and out of certain areas because of a COVID-19 outbreak.

In Singapore, where cramped dormitories were a virus hotspot, migrant workers are still largely confined to their rooms even as authorities have eased restrictions in the city.

“Certainly, governments need to address outbreaks and test workers. But they are doing it in a way that violates their rights, and in a way that they would not treat their own citizens,” he told the Thomson Reuters Foundation.

In Singapore, where the vast majority of COVID-19 cases were reported in the dormitories, authorities had earlier sealed off the accommodations that house more than 320,000 mostly South Asian low-wage workers.

The government vowed to build new dormitories with improved standards.

But workers remain largely confined to their dorms, except those who are eligible to apply for permission to go out briefly on rest days.

Migrant workers in some dormitories will be allowed to go out once a month from early next year if they wear contact-tracing devices and are subject to frequent testing.

The government’s measures are “disproportionate” and do not respect migrant workers’ rights, said Alex Au, vice president of the Singaporean non-profit Transient Workers Count Too.

“Yes, we need to be vigilant, but it is a matter of proportionality: the facts do not justify such severe restrictions on migrant workers,” he said.

The workers – nearly half of whom had been infected, according to the government – already had greater immunity, and were tested more frequently than the community, Au said.

“The Singapore government has a paternalistic, almost proprietary approach towards migrant workers – caring for them because they are of economic value,” he said.

“There is a subconscious blaming of the migrant workers, which is happening in other countries, too,” he added.

The Singapore government has defended its measures, saying that migrant workers had received good care, and will get the vaccine for free like all other residents.

“The risk of COVID-19 re-emerging in our migrant worker dormitories is real and significant,” Tan See Leng, a second minister for manpower, said in a Facebook post last week.

“We know that our measures have been tough on our migrant workers. We recognise our responsibility to keep them safe, and to take care of their livelihood and welfare,” he said.

In neighbouring Malaysia, authorities have said they would file charges against Top Glove, the world’s biggest maker of medical gloves, for poor worker accommodations after a COVID-19 outbreak.

In Thailand, authorities have said they will extend the work permits of migrants, permit some workers to get tested for free, and file charges against employers who abandoned workers.

But authorities must also commit to improving migrant housing, and reform the law to free up visas that keep workers tied to employers, said Robertson.

“Migrant workers’ vulnerability is heightened because of their living and working conditions, yet they face unequal access to services,” he said.

“There needs to be a rethink of how migrant workers are treated – and not just because it’s imperative for public health.”