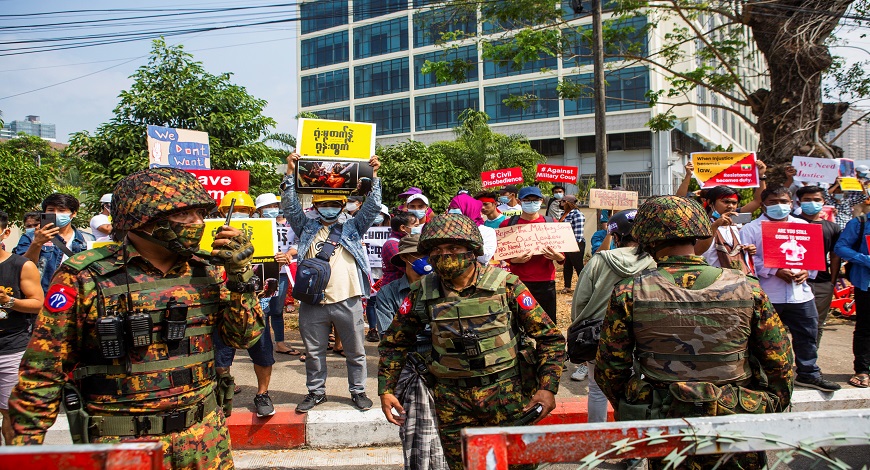 BANGKOK: Asian businesses are coming under intense pressure to cut ties with the Myanmar military after this month’s coup, with activists questioning whether such ventures benefit the wider population or fuel human rights abuses.

“Countries and businesses have a duty to ensure that their businesses in Myanmar benefit the people, not the military,” spokeswoman Yadanar Maung told the Thomson Reuters Foundation.

The military controls vast swathes of Myanmar’s economy through the holding firms and their subsidiaries, with interests ranging from beer and cigarettes to telecom, tyres, mining and real estate, according to research by Justice for Myanmar.

Separately, Burma Campaign UK, another advocacy group, which has published a list of more than 100 firms linked to the military, called for “targeted sanctions” against military-owned and controlled companies and their business associates.

“The military has built immense wealth through partnerships with domestic and international businesses … it means that massive public funds are being lost that should be used for schools, hospitals and welfare,” said Yadanar Maung.

Pressure is also coming from within Myanmar, with people calling for a boycott of army-linked products with the #NoBusinesswithGenocide hashtag on social media.

Japanese drinks giant Kirin Holdings has scrapped its alliance with MEHL after the coup.

While a prominent Singapore businessman said he will exit his investment in a tobacco firm linked to MEHL after an online petition called on him to cut his exposure.

United Nations investigators in 2019 said global firms doing business with MEHL aided the army and were at “high risk” of contributing to human rights abuses.

In 2017, Myanmar’s army drove more than 730,000 Rohingya Muslims to neighbouring Bangladesh in an operation the U.N. said was carried out with “genocidal intent”.

“Even prior to the coup, Myanmar was not an easy place for businesses to operate in line with the U.N. guiding principles on business and human rights,” said Surya Deva, vice chair of the U.N. Working Group on Business and Human Rights.

These principles state that businesses have a responsibility to prevent, mitigate and remediate human rights abuses throughout their operations.

If companies were not confident of their ability to do this, they may need to “suspend their operations, cut ties with the military or even withdraw completely from Myanmar”, he said.

U.S. sanctions, imposed last week, stopped short of including all businesses linked to MEHL and MEC.

Asian companies are going to face a “hard choice”, he said, calling for sanctions on top military leaders and any entities that have ties with them or their families.

“They must all be sanctioned,” Robertson said.