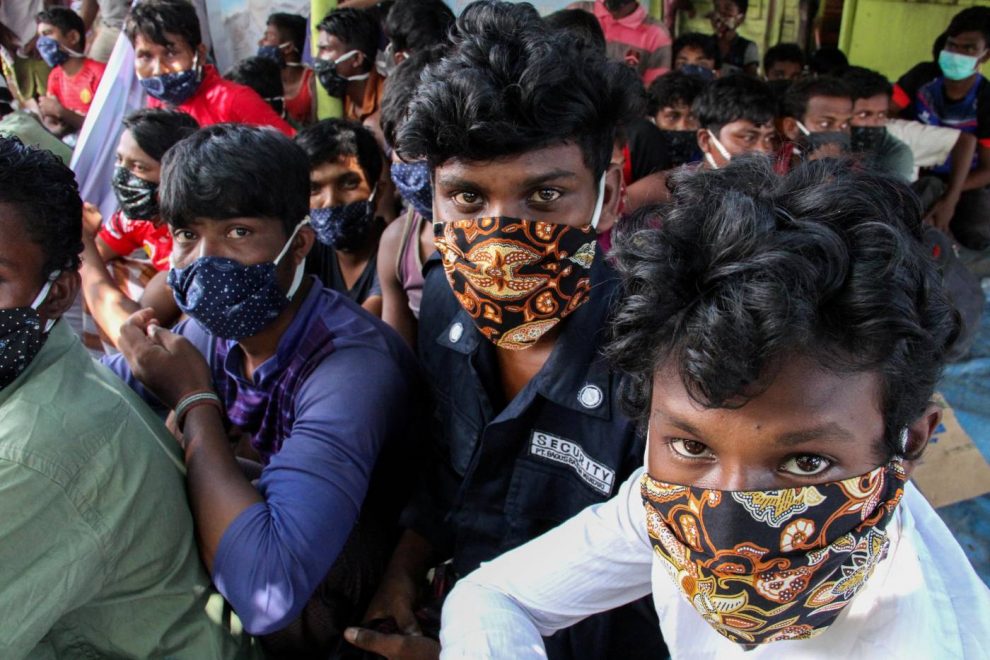 DHAKA: Mohammad Yusuf voted in almost every Myanmar election from 1974 until 2010 – the last time ethnic Rohingya were allowed to vote in the country he still calls home after fleeing three years ago.

When Myanmar on Sunday holds its second democratic election after decades of military rule, Yusuf will be among hundreds of thousands of Rohingya Muslims deprived of a vote – leading the United Nations to warn that the polls will not be free or fair.

“Not being able to vote makes me feel really sad. It feels as though we are dead and we don’t matter,” Yusuf, 65, who lives in the world’s largest refugee settlement in Bangladesh, told the Thomson Reuters Foundation by phone.

“These rights are important. We want our children to become engineers and lawyers one day. But I don’t see this happening any time in the future. I don’t have the confidence. I don’t know if we will even be able to vote in 2025.”

Myanmar’s Union Election Commission did not immediately respond to a request for comment. Myanmar’s ambassador to the U.N. has said that the elections will be free and fair and that all citizens could take part.

Myanmar does not recognise the Rohingya as an indigenous ethnic group, deriding them as illegal “Bengalis” from Bangladesh, although the community trace their history in Myanmar back for centuries.

More than 730,000 Rohingya fled an army crackdown in 2017 that the U.N. said had “genocidal intent”, joining other refugees who escaped earlier ethnic violence in cramped camps in Bangladesh, one of Asia’s poorest countries.

Myanmar denies the allegations, saying the army was battling an insurgency.

The new coronavirus pandemic has made conditions for some 850,000 Rohingya refugees in the Bangladesh camps even more difficult, with many sceptical that they will ever return home.

“Myanmar isn’t interested in taking us back,” said Mohammad Ismail, a 35-year-old Rohingya in Kutupalong camp.

“Even if we do go back one day, what if they don’t allow us to vote again? We have children. What will happen to them? If they don’t get their rights and citizenship, how will they survive?”

Successive military governments in Myanmar have stripped the Rohingya of identity documents, leaving many with no proof of their origins.

Their temporary identity cards were nullified ahead of the 2015 elections, the first openly contested poll in 25 years, which brought long-time pro-democracy campaigner Aung San Suu Kyi’s National League for Democracy to power.

“There hasn’t been any change since 2015,” said Ismail, adding that he did not think the elections would lead to any improvements in the lives of the Rohingya.

“If the Myanmar government had the will, it could have arranged voting systems for all the refugees in Bangladesh,” said Nay San Lwin, co-founder of the Free Rohingya Coalition, which lobbies for a protected homeland in Myanmar.

“But this is something that’s beyond the imagination.”