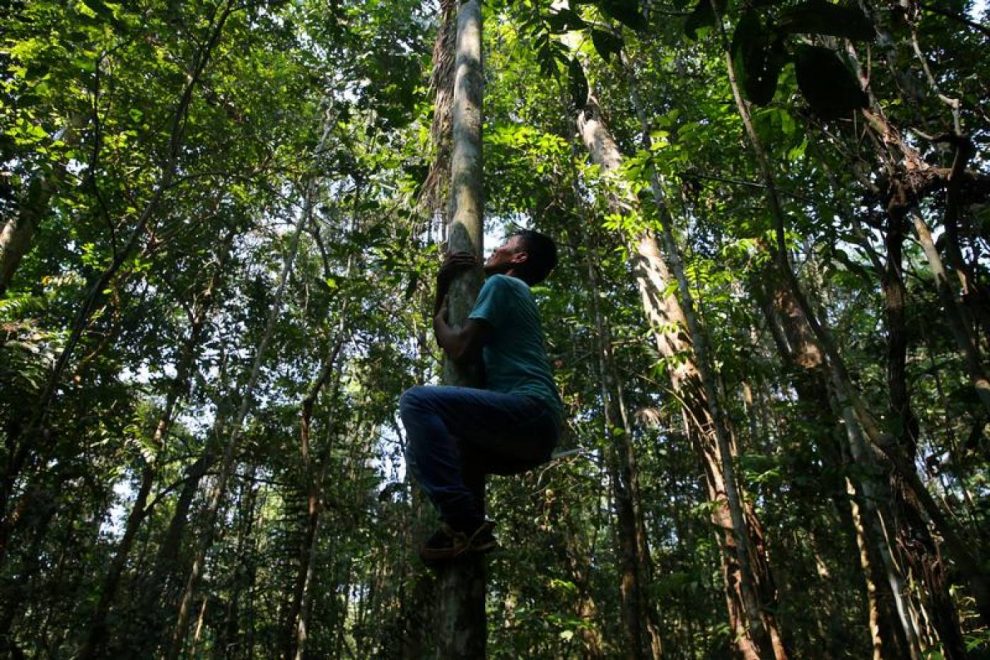 BARCELONA: Five years ago, when the Paris Agreement to tackle climate change was adopted, storing planet-warming carbon in ecosystems such as tropical forests, wetlands and coastal mangroves was not seen as a major part of the solution.

Ahead of a U.N. “Climate Ambition Summit” to mark the fifth anniversary of the Paris accord on Saturday, held online due to the COVID-19 pandemic, they said threats to plants, wildlife, human health and the climate should be confronted together.

“It is time for nature to have a more prominent role in climate discussions and solutions,” said Brian O’Donnell, director of the Campaign for Nature, which works with scientists, indigenous people and conservation groups.

“Global leaders can no longer deal with the climate and biodiversity crises in isolation if we are to be successful in addressing either of them,” he added in a statement.

It noted scientific estimates that protecting the planet’s ecosystems could provide at least a third of the reductions in emissions needed by 2030 to meet the aims of the Paris pact.

Under that deal, nearly 200 countries agreed to limit the average rise in global temperatures to “well below” 2 degrees Celsius and ideally to 1.5C above preindustrial times.

But the Earth has already heated up by about 1.2C and is on track to warm by more than 3C by the end of the century, the United Nations said this week.

In 2019, a U.N. climate science report said the way the world manages land, and how food is produced and consumed, had to change to curb global warming – or food security, health and biodiversity would be at risk.

Zac Goldsmith, Britain’s minister for the international environment and climate, said nature had been “left behind” and life on the planet was being exhausted at a “terrifying speed”, as forests were cut down and seas polluted.

“We are denuding the world at a rate that would have seemed impossible to humans a century ago,” he told the Thomson Reuters Foundation.

“It is not possible for us to tackle climate change properly unless we also restore nature – the two are inseparable,” he added in a phone interview.

As host of the next major U.N. climate negotiations in November 2021, in Glasgow, the British government has vowed to put protection for forests and natural systems firmly on the political agenda.

Goldsmith said the COP26 team was aiming to build a global coalition of governments and businesses committed to preventing deforestation in supply chains.

That follows a proposed new UK law requiring large companies to ensure the commodities they use – such as cocoa, rubber, soy and palm oil – are not linked to illegal forest clearing.

Britain also will push for countries to phase out close to $700 billion in annual subsidies worldwide for land use that harms the environment and degrades carbon-storing soils, such as intensive farming, he added.

That money could be redirected into efforts to safeguard ecosystems – something sorely needed as less than 3% of international climate finance from donor governments and development banks is spent on that purpose, Goldsmith said.

Financial markets, meanwhile, have yet to recognise the value of nature or the true cost of destroying it.

“That is a massive failure,” he added.

U.N. officials working on a new large-scale effort to channel payments to tropical countries and smaller jurisdictions that lock up carbon in rainforests hope to start turning that problem around by COP26.

Last month, they launched a “Green Gigaton Challenge” that aims to catalyse funding for 1 billion tonnes of high-quality emissions reductions a year by 2025 from forests in regions including the Amazon and Congo Basin.

Doing so would cut emissions by the equivalent of taking 80% of cars off American roads, according to the United Nations Environment Programme (UNEP).

Tim Christophersen, head of nature for climate at UNEP, said the initiative was spurred by surging business interest in forest protection as a growing number of large firms commit to cutting their emissions to net zero by mid-century or earlier.

That means companies such as Microsoft, Salesforce and Disney need to offset emissions they cannot eliminate themselves by paying to reduce them elsewhere, through projects such as restoring degraded forests.

Under the gigaton challenge, donor governments will invest public money to put a floor under the price per tonne of carbon stored – which could be about $10-$15 – aimed at rewarding successful nature protection efforts that companies will eventually pay even more to back.

Countries including Costa Rica and Chile have shown interest in participating, but deals have yet to be brokered between forest-nation governments and the private sector.

Over the past decade, U.N. agencies have worked to develop the basis for a robust market in forest carbon offsets – but without firm international rules, carbon prices have not risen high enough to provide an incentive to keep trees standing.

“There is a need for countries to see some sort of reward for results” at a price that makes protecting forests financially viable, said Gabriel Labbate, UNEP’s team leader for reducing emissions from deforestation and forest degradation (REDD+).

The United Nations and others are still waiting for governments to iron out differences over a system to use carbon credits to meet emissions reduction targets under the Paris pact.

Christophersen warned that companies – especially in the oil and gas industry – should not see supporting forest protection as an alternative to slashing their own emissions.

“Nature is not a substitute for emissions reductions in other areas, and in particular for getting off fossil fuels,” he said.