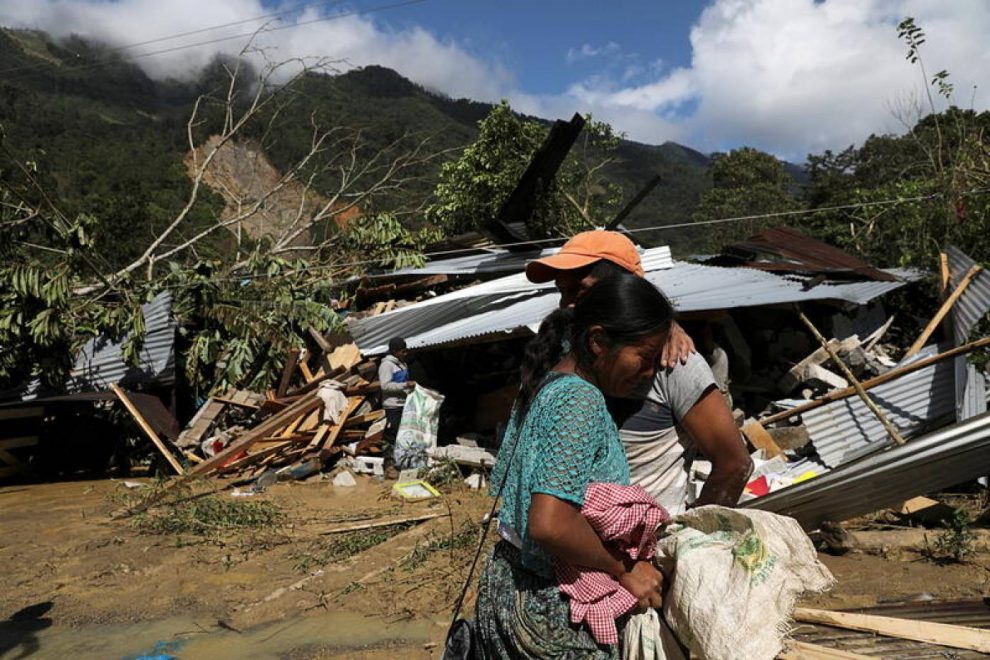 GUATEMALA CITY: Hurricane Iota is rapidly gathering strength as it barrels toward Central America, a region still recovering from the devastation of Hurricane Eta, and experts predict this year’s unprecedented storm season will force more people to migrate.

“The hurricane is expected to bring potentially catastrophic winds, a life-threatening storm surge, and extreme rainfall impacts to Central America,” the NHC warned.

Authorities are warning that Hurricane Iota could exacerbate the massive destruction wrought by Hurricane Eta, which slammed into the region two weeks ago, causing flooding and mudslides that destroyed crops and killed scores of people across a huge swath from Panama to southern Mexico.

The unprecedented 2020 hurricane season comes as Central America is facing an economic crisis linked to the coronavirus pandemic, with experts warning the compounding hardship could fuel a new round of migration from the region.

“Increased movements across borders are now more likely, including of people fleeing violence and persecution,” said Giovanni Bassu, the regional representative for Central America and Cuba for the United Nations Refugee Agency (UNHCR), in a statement on Friday.

The UNHCR said that climate change is increasing the intensity of both rain and droughts across Central America, and that “such phenomena can exacerbate poverty and conditions of insecurity which continue to drive people to flee their communities.”

Last week, Guatemala requested that the United States allow its nationals in the U.S. to remain there on humanitarian grounds following Eta, under a provision known as temporary protected status, or TPS.

Evacuations are already under way in Honduras, Guatemala and Nicaragua in areas expected to be affected by Iota, which is slated to smash into the jungles of the Mosquito Coast of Nicaragua and Honduras on Monday.

In Honduras, Douglas Espinal, head of the fire department of Puerto Lempira on the Mosquito Coast, told Reuters that evacuees have been arriving since early Saturday, traveling from the region’s remote peninsulas.

“People are coming from the coastal areas, but only those who have a boat or a canoe. The rest are staying in their communities,” he said.

Espinal said Puerto Lempira has run out of fuel since deliveries were suspended following Hurricane Eta, making it impossible for the fire department to carry out a more extensive evacuation plan.

Puerto Lempira is the largest municipality in the Honduran department of Gracias a Dios, a remote region accessible only by air, sea or by traversing its internal rivers. With just over 100,000 residents, according to the National Institute of Statistics, the area is home to a number of indigenous communities, including Miskitos, Garifunas, Pech and Tawhakas.

In Nicaragua, authorities said evacuations are also underway in the indigenous and fishing communities on the Mosquito Coast.