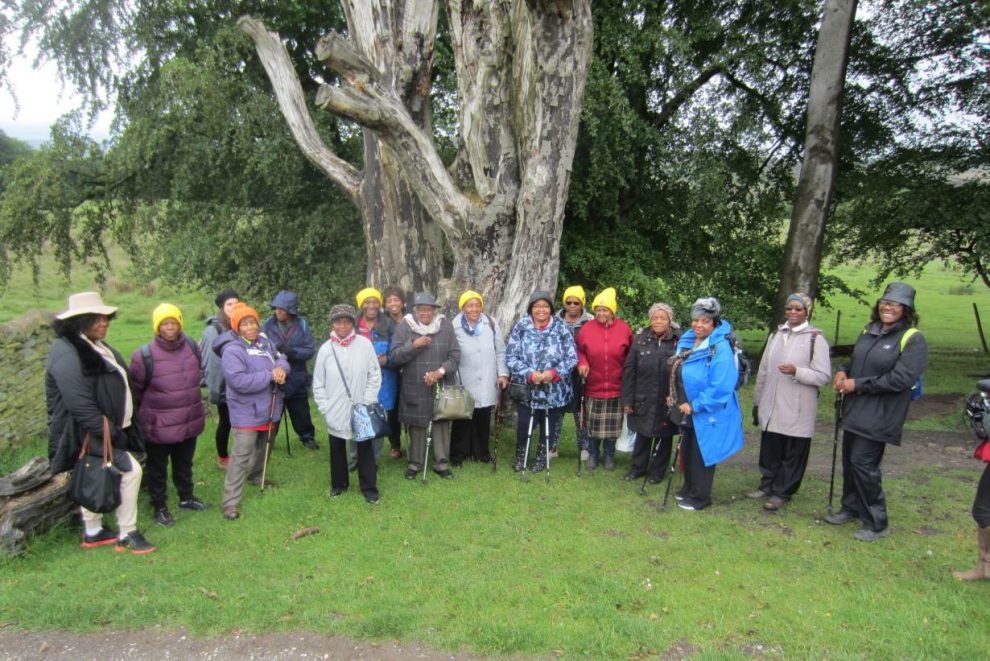 LONDON: Being stared at, photographed in secret, and even having a bottle thrown at you – all because you went for a quiet walk through the British countryside.

These are just some of Maxwell Ayamba’s experiences while introducing Black, Asian and minority ethnic (BAME) people to rural beauty spots for the past 15 years, many of whom had never ventured beyond the cities they resided in.

“During one of our walks, a lady walker secretly took our picture … and when she was confronted she said, ‘I have not seen so many Black people at one time in the countryside’,” said the 55-year-old Ghanaian researcher and journalist.

Months of coronavirus restrictions and Black Lives Matter protests, sparked by the death of George Floyd in the United States, have put renewed focus on racial injustice, from access to nature to health inequalities.

Though the great outdoors has surged in popularity during the COVID-19 pandemic, green spaces, known to improve mental health, are not equally distributed or easily accessible by all, according to British walking charity Ramblers.

The richest 20% of areas in England have five times more green spaces compared to the poorest parts of the country, a recent Ramblers report found – with people of BAME background making up only 1% of visitors to national parks.

“For the first time this year, a lot of people realised the countryside and nature are really important for our health and mental wellbeing,” said Black history writer ​​​Louisa Adj​oa Parker, 48, who lives in rural southwest England.

“I think that has also raised questions around who has access to the countryside, who belongs there, who’s accepted there,” said Parker, who is also a British-Ghanaian diversity consultant.

A COUNTRYSIDE FOR ALL?

Government reports showed that Black and Asian people in England are up to 50% more likely to die after being infected by COVID-19 as they tend to live in poor, overcrowded households in cities and have jobs that put them at greater risk.

With limited access to nature, BAME communities are left with fewer options to stay safe from the virus through social distancing.

About 17% of the population – some 9.5 million people – lived in rural England in 2018, the latest official figures showed. BAME communities made up just 2% of that number, while the rest of the population was white.

Ayamba said his monthly walking group in northern England aimed to promote the wellbeing of older BAME people but also served as a “civil protest”.

“Black people have been excluded from nature and access to the countryside. To see Black faces in the British countryside feels out of place because the ‘cities are where they belong’. We are walking to reclaim the land.”

The pandemic has also exposed a spatial divide in countries like South Africa, where satellite images showed that white neighbourhoods had more green spaces than Black townships.

A 2019 review by the government’s environment department found that many Black and ethnic minority people viewed the countryside as an irrelevant white, middle-class “club”.

About 70% of white children spent time outside once a week compared to 56% of non-white children in 2018-19, the report said, citing figures from environmental group Natural England.

“For many black and ethnic minority people, they are experiencing a lack of belonging, perhaps they’re experiencing the ‘white middle-class club’ when they’re visiting or living there,” said Tom Fyans from countryside charity CPRE.

“We’ve seen how important the countryside and green spaces are to your health and wellbeing. Everyone has a right to that,” said Fyans, head of campaigns and policy. “It’s not just for the privileged few who can afford to live in certain areas.”

Research by Ramblers found that just 39% of BAME people lived within a five-minute walk to green spaces compared to 58% of white people.

“It is a privilege to be able to go out for walks. It’s only for people who are privileged and have time on their hands,” said Ayamba, who in 2004 turned his BAME walking initiative into the Sheffield Environmental Movement, an environment charity.

“For Black and ethnic minority people, they don’t have time, they are struggling to survive. There’s no time for leisure and recreation,” he told the Thomson Reuters Foundation.

Researchers in June found that Black, Asian and minority ethnic people in Britain had been hit harder by job losses during the coronavirus crisis than the population as a whole.

CPRE said nature groups and charities, itself included, needed to diversify their boards, staff and membership to keep the countryside relevant and accessible for all.

But Gurpreet Sidhu, head of anti-racist campaign group BLM in the Stix, said tackling racism and discrimination in the countryside is difficult as incidents are more insidious.

“What happens in rural areas is a lot of people think racism doesn’t exist. It’s denied, it’s downplayed. They’ll say maybe it’s a one-off, maybe you did something that caused it,” said Sidhu, who lives in a village in southeast England.

Without honest conversation, the experiences of rural BAME people are often ignored, Sidhu added, leading to isolation as they do not have a community for support.

It’s something Cheveay Oakley knows all too well.

As the only mixed-race person in her town in Cornwall, southwest of England, Oakley said she was called derogatory terms many times, with her extended family once referred to as “monkeys” when they visited from London.

“I felt so humiliated because no-one really around you knows what it feels like,” said Oakley, who is of British and Caribbean heritage and now lives in London.

“At school, people would make jokes and I’d pretend to be amused and laugh along with them, ‘Oh yeah, you can call me the n-word’ just so I’d be accepted,” the 20-year-old said.

In the past year, there were over 76,000 race-related hate crimes recorded by police in England and Wales, up by 6% from last year, according to official figures.

While Sidhu has received a lot of support to stamp out rural racism, she said more white people needed to “take the emotional labour” from people of colour.

“We are at a unique point in history where people are waking up to the fact that systemic racism is part of our fabric,” Sidhu said.

“This isn’t a job that you put on Black people in the community. If you want to stop racism, what do you want to do?”