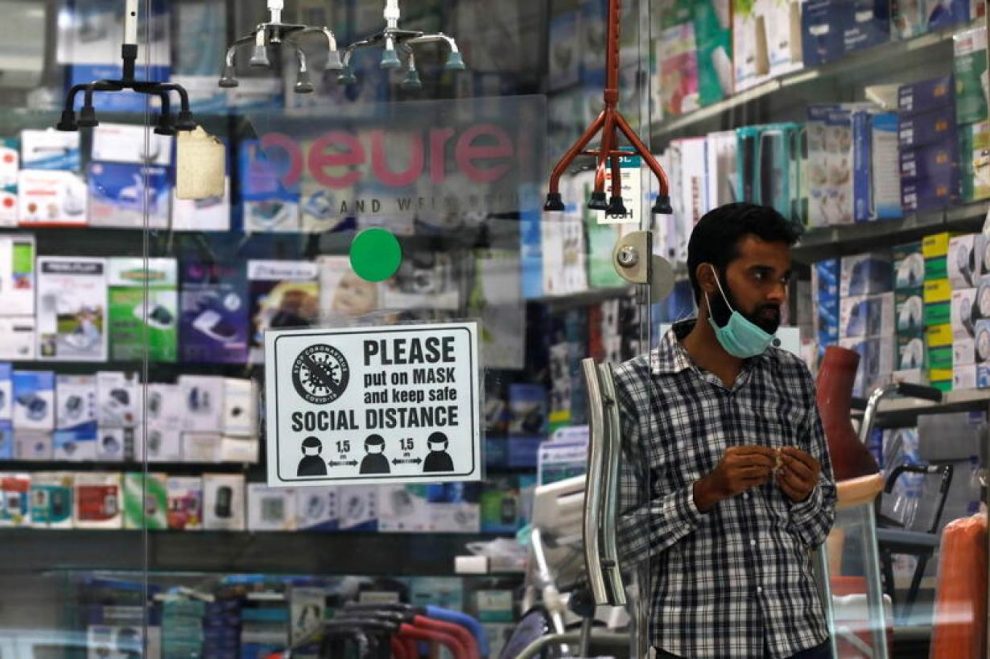 As COVID-19 vaccines are rolled out worldwide, a push for identity proofs and digital certificates risks excluding poorer and vulnerable groups from vaccination and the benefits that come with it, according to rights experts.

India announced guidelines this week for the first phase of vaccinations for about 300 million people, requiring eligible recipients to first register online with photo-identity documents, including the Aadhaar digital ID.

Meanwhile, the International Air Transport Association (IATA), the lobby group of the world’s airlines, said it would launch a digital health travel pass early next year that will include passengers’ COVID-19 vaccination data.

But insisting on a digital ID to get the vaccine, or certificates as proof of having had it, could mean some people are excluded, and raises privacy and surveillance concerns, said Tom Fisher, a senior researcher at non-profit Privacy International.

“We’re seeing these new measures being put in place with little concern for human rights or their discriminatory impact,” he said, adding that such requirements will likely stay on long after the end of the current pandemic, further entrenching bias.

“Linking healthcare to national IDs is deeply problematic, and the reach of a digital health pass extends far beyond the airport. There are millions around the world who lack access to these systems, often the most vulnerable,” Fisher added.

Access to the vaccines is already skewed: nine out of 10 people in dozens of poor nations may not get vaccinated next year because rich countries have hoarded far more doses than they need, campaigners said last week.

Meanwhile, more technology firms are rolling out digital certificates that can be accessed on smartphones by employers, airlines and others, as proof of vaccination is sought not just to travel, but also to work or take part in other activities.

Israel has said it plans to issue a “green passport” to those who have been vaccinated, which will grant them easy access to restaurants and cultural events, and exempt them from quarantine rules or getting a virus test before travel.

In India, everyone who has been vaccinated will get a QR code-based electronic certificate, the health ministry said.

“The use of digital certificates for travel is concerning – it has implications for human rights, and it limits access to travel,” he said, adding that there was no clarity on what they will be used for, and if they will be linked to other databases.

“Any vaccine certificate needs to be carefully regulated, with a clearly defined and narrow purpose of checking if someone has received the vaccine. It should not be used to limit people from travel, livelihoods or societal participation,” he said.

A spokesman for India’s health ministry did not respond to requests for comment.

Digital rights campaigners in India are also concerned about the need to pre-register for the vaccine in the first phase, which will cover the over-50s.

There is “no provision for on-the-spot registrations”, according to government guidelines issued this week.

This condition risks excluding millions of people who do not have a smartphone or other digital device, or lack the ability to use one, said Osama Manzar, director of the non-profit Digital Empowerment Foundation in Delhi.

India already has a “robust” vaccine infrastructure that helped eradicate polio, and caters to rural and marginalised populations without smartphones, Manzar said.

Insisting on registering for the vaccine with a photo ID “will only create a divide between those who are able to do so and those who cannot”, he said.

“We should not be creating barriers to getting the vaccine.”

Globally, smartphone penetration is only about 42%, and the so-called digital divide – even in wealthy countries – was laid bare during the pandemic, when work and study shifted online.

It is particularly stark in countries like India or Indonesia, which is considering issuing so-called immunity passports that show whether someone has already had COVID-19 or received a vaccine.

Tying vaccine registration in India to Aadhaar, the world’s largest biometric identity system, is problematic because the database is incomplete, with occasional authentication errors, said Swetha Totapally, an associate partner at Dalberg Advisors.

More than a decade after it was launched, about 102 million people still do not have an Aadhaar ID, including 30% of the country’s homeless population and more than a quarter of its third-gender citizens, the consulting firm’s research showed.

“We shouldn’t be using ID for the purposes of excluding people,” Totapally told the Thomson Reuters Foundation.

“It’s critical that simple, alternative processes are also in place,” she said.

Government authorities have said other IDs can be used, and that tracking immunisations through a dedicated digital database linked to Aadhaar is necessary to avoid duplication.

But such a database that centralises biometric data, health records and other sensitive personal information will deepen discrimination, and risks creating a “permanent health surveillance infrastructure”, Chima said.

“If the vaccine database is merged with another database, or if it is allowed to be exploited beyond the limited requirements of health and quarantine, there will be mission creep,” he said.

This is possible with any digital vaccine certificate – and there are many, including one planned by the World Health Organization (WHO).

The World Economic Forum is developing another called CommonPass that it trialled in October on Cathay Pacific and United Airlines flights, and is now rolling out widely.

Vaccination data can be accessed “without revealing any other underlying personal health information”, it said.

The IATA Travel Pass mobile app will adhere to the “highest data protection standards”, with the passenger in full control of their data, said Nick Careen, a senior vice president.

“For those who do not want to use the Travel Pass, the traditional option of showing your document to airline staff for verification will still be available,” he said.