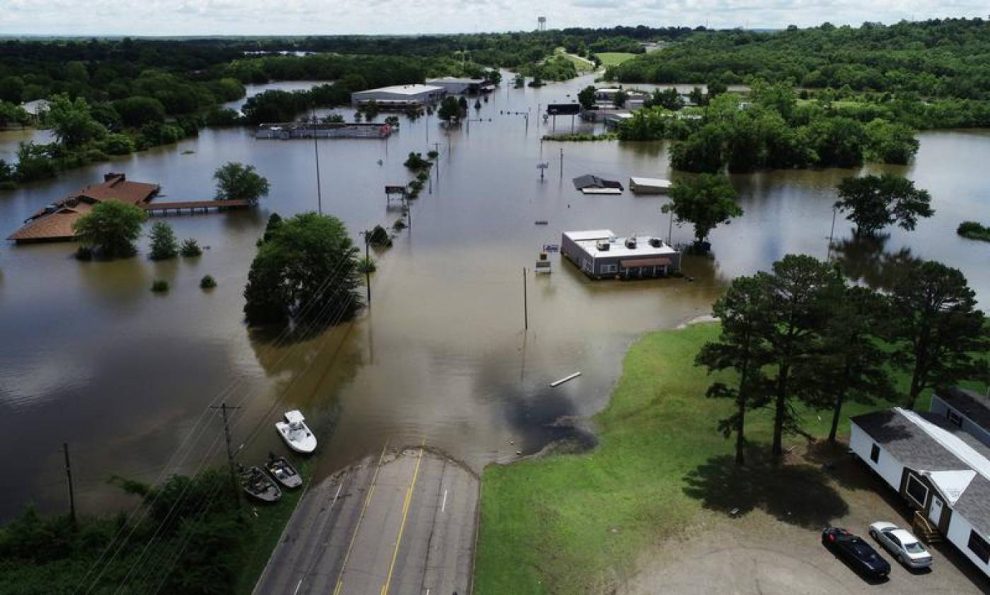 Existing FEMA rules on floodplain use have not been comprehensively revised since the 1970s, meaning homes are still being built in areas likely to flood as global warming brings higher seas and more extreme rainfall and storms, they said.

“FEMA has the power to spare millions of people the misery of living with rising waters,” said Joel Scata, an attorney with the Natural Resources Defense Council, one of the groups petitioning FEMA on Wednesday to update its maps and rules.

Flooding is the most common weather-related disaster threat in the United States.

The National Flood Insurance Program, managed by FEMA, has paid out more than $69 billion in flood insurance claims since 1973 – half of that in the last 12 years.

Soaring claims are part of the reason the insurance programme is more than $20 billion in debt, the petition noted.

Costs are surging as development continues on floodplains and as areas at risk of inundation expand due to sea level rise, particularly in states such as Louisiana, Texas and along the U.S. Northeast coast, it said.

It also urges more help for homeowners seeking to cut flood risks, and asks FEMA to mandate that all new or substantially improved buildings in floodplains are raised above the level expected for the worst flood in 100 years.

“It’s like driving down the road looking only in the rear-view mirror to guide you,” he told the Thomson Reuters Foundation.

Studies by the World Resources Institute and other research bodies suggest about 15 million Americans, or 5% of people, live in areas designated as likely to flood once in 100 years.

But the number of people living in flood-prone areas is growing faster than overall population growth, as developers look for available land, the petition noted.

Homebuilders’ associations in many regions have pushed back against stronger flood-protection rules, arguing they will raise the cost of homes and make it harder for families to find affordable housing.

But Scata said siting new homes in flood-prone zones simply pushes costs for homeowners and taxpayers down the road, as flood damage and rebuilding costs take a toll, together with higher insurance premiums.

“Affordable housing shouldn’t mean a cheap house in the wrong place,” he said.

Because private flood insurance can be costly and difficult to secure, most flood-prone areas adhere to FEMA flood maps and building standards to get federal flood coverage, which means changes to FEMA rules can have a significant impact, Scata said.

A growing number of communities and states already have adopted building standards more stringent than FEMA’s in the face of increasingly clear flood risks related to climate change, he added.

Both New York and Wisconsin, for instance, have strong state-wide standards, and the city of Nashville now requires new structures to be built 4 feet (1.2 metres) above the expected 100-year flood mark, Scata said.

Those changes have not produced any substantial negative impact on housing markets, he said.

Chad Berginnis, executive director of the Association of State Floodplain Managers, another body behind the FEMA petition, said the federal agency now needed to “catch up” and ensure many more at-risk communities are better protected.

“Updating national standards will … save lives, protect property from the impacts of climate change, and reduce disaster costs,” he said in a statement.

FEMA is expected to review the petition and decide based on its rules whether to grant or deny it, Scata said.

The timing of the filing, he added, was unrelated to the election of Democrat Joe Biden, who as U.S. president-elect has promised stronger action on climate threats.

Scata warned that if FEMA failed to update its rules and maps, “millions of people and their properties in coming decades are going to be at risk because of climate change”.

“You’ll start to really see these flood damages increase exponentially as more and more homes are subject to sea level rise or these extreme events, and aren’t prepared for that change,” he said.