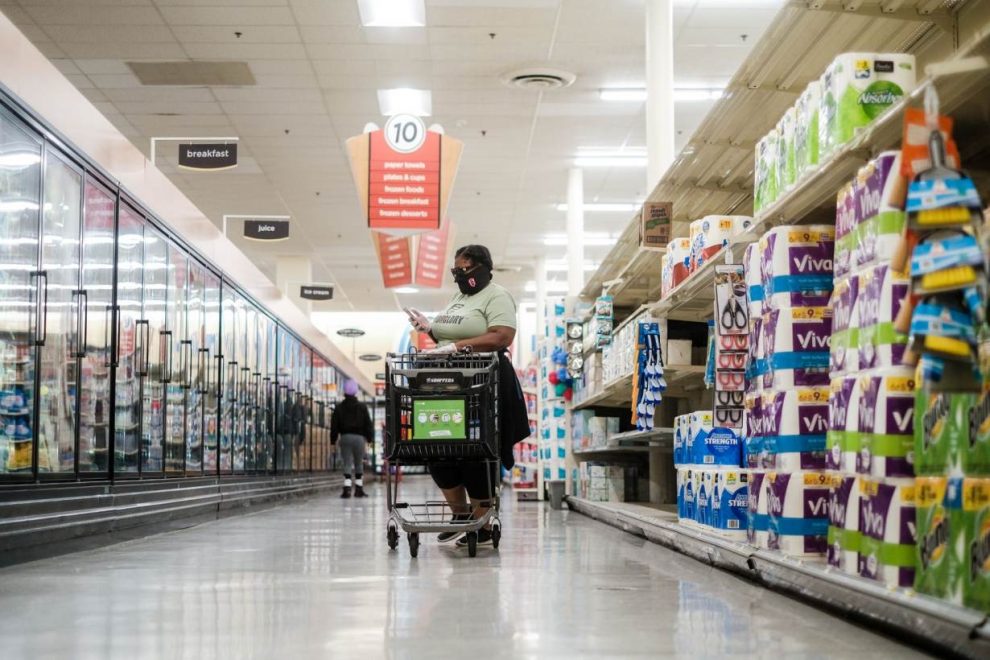 NEW YORK: In the end, delivery driver Tyrita Franklin-Corbett’s decision to vote for Joe Biden came down to one key issue: gig work.

The 45-year-old single mother lost her auditing job when the pandemic hit and she began delivering groceries in the Washington, D.C.-area for online startup Instacart.

The app-based work helped Franklin-Corbett provide for her 12-year-old son, but the fluctuating pay and lack of employer- based health insurance gave her a stake in pushing for better working conditions.

The question of whether gig workers should be treated as employees become a national issue in U.S. politics and the presidential campaign, dividing Democrats and Republicans.

Biden voiced support for laws that would force companies like Uber and Lyft to treat workers as employees with better benefits, while the U.S. Labor Department under President Donald Trump published a rule that would make it easier to classify workers as independent contractors.

As exit polling data continues to be collected – shedding light on the voting behavior of over 148 million Americans – the Thomson Reuters Foundation asked Franklin-Corbett what she hopes the future holds for U.S. gig workers under a Biden administration.

Did your job as a gig worker influence your vote?

When I lost my job as an auditor at a public accounting firm and was going through everything and having to depend on my gig job, it was stressful. It was very stressful.

I went from knowing what I was making to not knowing if I would make any money, even as a gig worker. Making $12 an hour, sometimes $9 an hour, is not a way to raise a family.

We have a Republican governor, but in my area, all of the help was coming from the Democratic side for everyday working people.

What are your expectations for gig worker conditions under a Biden presidency?

They understand that hard work is a lot of times physical work, putting yourself in danger, doing things that a lot of people don’t want to do.

A lot of immigrants do this job. And Harris is the product of two immigrants who came to this country to work hard. I’m sure along their way they had to take a part-time job as a supplement. Her mom was a single mom. She understood that.

Joe Biden governed over a state that has a lot of hard-working Americans. I think they get it, they understand why someone would do this job.

What are you hoping a Biden administration will specifically do for gig workers?

I’m hoping that by voting for Biden and Harris, that we are seen as people too, and that things change in how we’re treated.

Did the coronavirus influence your vote?

Every day I walk out of my house and start my working day at the store, the immediate contact with people puts me in a position to get sick. It puts me in that position every day. But I have to work.

And to hear President Trump say that ‘It’s going to go away. It’s not that serious,’ it’s heartbreaking.

What will you be watching for once Biden is in office?

Quite a few things. The first thing I’ll be watching to see what happens with the pandemic, the coronavirus. That affects everything.

And second, to see if he will at least start a conversation or look to investigate about how gig workers, how they’re working, how they’ve survived through the pandemic and how we’re getting paid.

Are these companies, like Instacart and Uber, are they operating with integrity and ethics and treating people fairly?

Do you plan to keep working as a delivery driver?

I’ll probably always leave it as an option, but I’m looking for full-time employment. If I can find something that could supplement it, the income that I need, I’ll let it go.

But I think I will always leave it as option because this pandemic has taught me one thing, you never know what could happen.