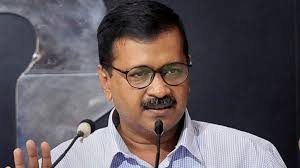 Delhi Environment Minister Gopal Rai on Tuesday held a review meeting on the grievance redressal process related to the Green Delhi app with officials of various departments. As per an official release, Chief Minister Arvind Kejriwal is scheduled to launch the state government’s Green Delhi app at 12 noon on October 29.

It said that nodal officers Environment Department, Revenue Department, Municipal Corporation of Delhi, New Delhi Municipal Council, Delhi Development Authority, Public Works Department, Delhi Police, Delhi Fire Service, National Highways Authority of India among other attended the review meeting on Tuesday.
“By using the Green Delhi app, people will be able to inform the government about complaints related to burning waste, industrial pollution, and dust…There will be a time limit for redressal of complaints received on the Green Delhi App,” the government said.