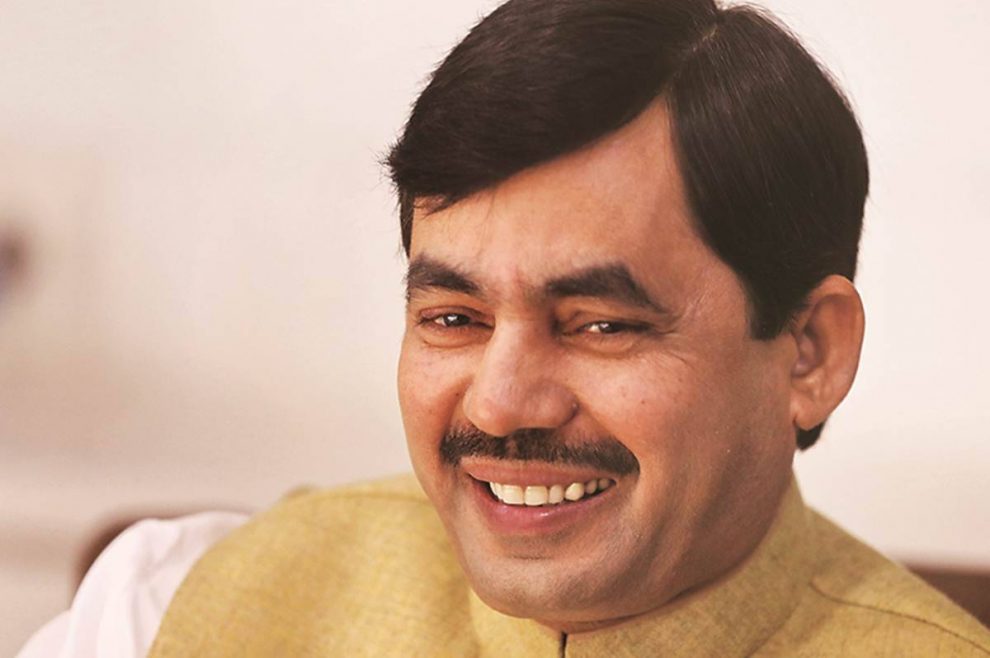 Says leaders in ‘Gang’ has done politics on blood of J&K people, lotus will bloom in Kashmir in DDC polls, J&K leaders accepted Aug 05 decision by taking part in elections

Srinagar, Nov 20: Former Union Minister and National spokesperson of Bharatiya Janata Party (BJP), Syed Shahnawaz Hussain on Friday said that the Article 370 can never be restored in Jammu and Kashmir, adding that the ‘Gupkar Gang’ is deceiving people by making promises over its restoration.

Addressing a press conference in Srinagar, Hussain, who was appointed as Kashmir Incharge for the forthcoming polls, told media persons that the atmosphere in Jammu and Kashmir has changed following the abrogation of Article 370 last year.

“We are concerned about the people of Jammu and Kashmir and will ensure the development, which is the right of people and will be given to them. The J&K will see a new dawn of development and for which the work has already been started,” he said, adding that many projects couldn’t be started here due to the outbreak of COVID-19, but would be started soon.

According to the news agency—Kashmir Observer (KNO), Hussain, who is visiting the Valley for the first time after Article 370 abrogation last year, said that like other parts of the country, J&K will also witness similar development, which is the desire of Prime Minister Narendra Modi.

He further stated that previous regimes in Jammu and Kashmir especially National Conference and Peoples Democratic Party have always thought about their families and relatives and left the people to lurch at large.

“We (BJP) are against the family rule and never give preference to our families. We do whatever we speak. In J&K, if you see most of the leaders are there who have a family background as they didn’t allow people to grow, but we never focus on our families only.”

He said that the ‘Gupkar Gang’ has accepted the decision taken on August 05 last year as they are taking part in the elections now. “Farooq, one of the members, always uses different languages in Delhi and Srinagar,” he said.

“Unlike these parties, BJP has been giving pen into the hands of the people and want them to write their future by their own hands,” he said, adding that the leaders in Jammu and Kashmir are deceiving people by making false promises, saying that there is no iota of doubt that Article 370 can’t be restored.

“One who has died and was put into the grave cannot come alive again and same is the case with Article 370, which has gone and can never be restored and the ‘Gupkar Gang’ is telling a big lie that it will be restored,” he said.

“The dreams being shown by Farooq Abdullah and Mehbooba Mufti can never come true. These are the same leaders who were claiming that Article 370 cannot be scrapped and even stated that nobody in J&K will raise tri-colour in their hands if it is scrapped. However, the people are now raising tri-colour without any objection,” Hassan said, who is on a 4-day visit to Kashmir.

He said that Jammu and Kashmir is in the heart of PM Modi and he wants to develop it like other parts of the country, adding that J&K has the capability to give employment not only to the people here but to the outsiders as well.

“Jammu and Kashmir can become the hub of tourism, but people here chose terrorism. They (people) have tried the other parties and they should now try BJP.”

He said that J&K has the world’s best tourism destinations, which will be boosted. “We will not compare it with any other destinations, but will ensure that tourism is boosted here,” he said.

“If you see everything has changed. There is no violence and other related things in J&K,” he said, adding that people here love PM Modi like they loved Atal Bihari Vajpayee.

Lashing out at what he termed as the ‘Gupkar Gang’, the former Union Minister said that this gang is the combination of the same parties who turned J&K heaven into hell. “These are the leaders who used to salute the tri-colour and even made remarks like chocolate and Milk,” he said.

He said the ‘Gang’ has always betrayed the people of J&K and have done politics on the blood of J&K. “They have done many wrongdoings,” he said.

Asked about the ‘eviction of nomads’, he said that nobody can snatch the lands of J&K people, adding that this is only a propaganda, saying that the laws have already been implemented in J&K and there was nothing to speak more in this regard. “The rights of the Gujjar & Bakerwal community will always be taken care of,” he added.

About the polls, Hussain said that he has arrived here to bloom the lotus like other parts of the country, adding that the party will seek votes on the name of development and “you will see lotus blooming in many parts of Kashmir.”

About Congress in PAGD, he said that the party is scared of PM Modi and Home Minister Amit Shah as soon after Shah’s tweeted about Congress, they withdrew their support from PAGD. “Congress has been exposed,” he said. He added that Congress has no guarantee of winning but Modi has. “Nobody can defeat Rahul in losing the contests. We have no opponent as we are with the development only,” he said