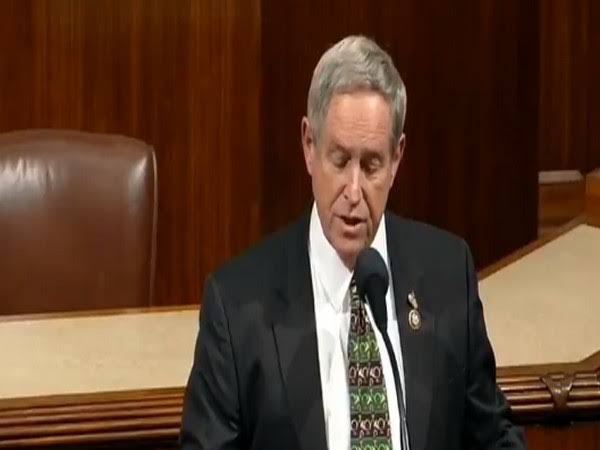 US Congressman Joe Wilson has said that India’s decision to abrogate Article 370 was to support Prime Minister Narendra Modi’s efforts to boost economic development, fight corruption, and end gender, caste, and religious discrimination.
Speaking at the US House of Representatives, Wilson recalled the ‘Howdy Modi’ event and said, “In September, it was extraordinary to be present in Houston for the Howdy Modi welcome of Prime Minister Modi by President Donald Trump. With 52,000 persons attending, it was the largest welcome event in American history for a head of state.” “At the same time, Indian Parliament, with multiparty support, voided the constitutional autonomy of Kashmir, supporting the Prime Minister’s efforts to boost economic development, fight corruption, and end gender, caste and religious discrimination,” he added.
Wilson further recalled that in August, he visited Mumbai to pay respects at the locations of “Islamic extremist attacks of November 26, 2008”, which he termed as the “Indian equivalent of 9/11 mass murder”.
The Congressman also said that Independence Day address by Prime Minister Modi in New Delhi was inspiring.
“Americans are grateful, as the world’s oldest democracy, to see India succeed as the world’s largest democracy,” he said.
The Indian government had in August this year announced the decision to abrogate Article 370 of the Constitution which gave special status to the erstwhile state of Jammu and Kashmir and bifurcate the state into two Union Territories.