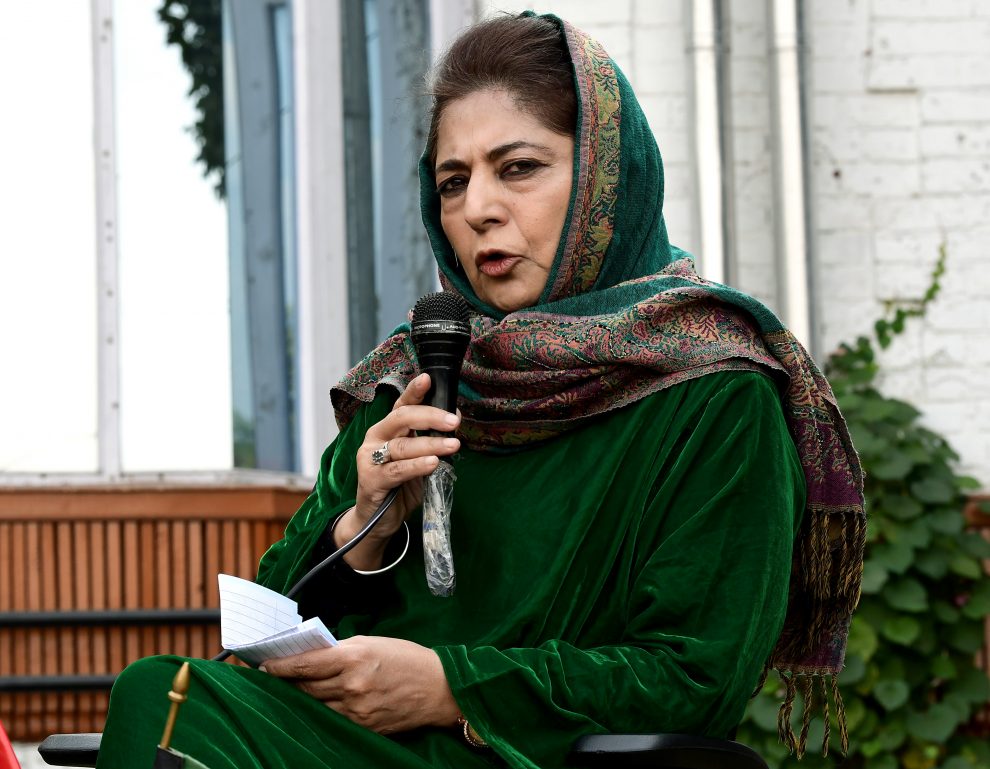 Srinagar, Nov 21: Peoples’ Democratic Party chief Mehbooba Mufti on Saturday termed the Congress party’s “nervousness” to speak up on Article 370 as “unfortunate” even as she accused the government of leaving the people to fend for themselves in the “Naya Kashmir which BJP wants to build.”

“Unfortunately after August 2019, the situation in Jammu and Kashmir is going from bad to worse. Nobody is there to care for people. I visited Pulwama and wanted to go to Rambi Ara Nallah where an outsider is illegally extracting sand and Bajree and the locals who under the burden of loan are dying with no means of earnings,” Mehbboba told reporters on the sidelines of her visit to Annntnag.

“Every person is worried. The power scenario is worse, roads are destroyed and nobody is here to address these issues. Time and again government of India and BJP talks about making Naya Kashmir but our old Kashmir was far better that it and we want that the old Kashmir be returned to us,” she said as per GNS.

She also tweeted regarding being “barred” from visiting Rambi Ara Nallah and accused the government of India of plundering land and other resources.

“I was stopped from visiting Rambiara Nalla today by local admin. This is where sand extraction through illegal tenders has been outsourced to outsiders & locals are barred from the area. Our land & resources are being plundered by GOI that has nothing but contempt for us,” she tweeted.

When asked about polling of candidates by Congress in the upcoming DDC elections, Mufti said that “We have our own alliance comprising of PDP, NC, PC, who are steadfast”, adding “Congress has own compulsions.”

Asked about Congress stance amid mainstream parties’ attempts of coming together under the banner of PAGD, she said, “Our alliance comprising among others National Conference, PDP and PC are standing tall. Congress have own compulsions. I have time and again said that Congress gets nervous. They get troubled about 370. The fact of the matter remains that it was Jawaharlal Nehru (first Prime Minister of India) who implemented 370 in Jammu and Kashmir. He promised the J&K being a Muslim Majority state shall enjoy special position. The Congress people are unable speak up which is very unfortunate.”  (GNS) 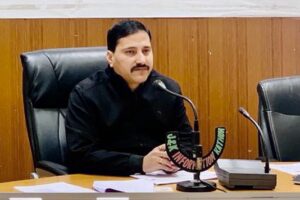