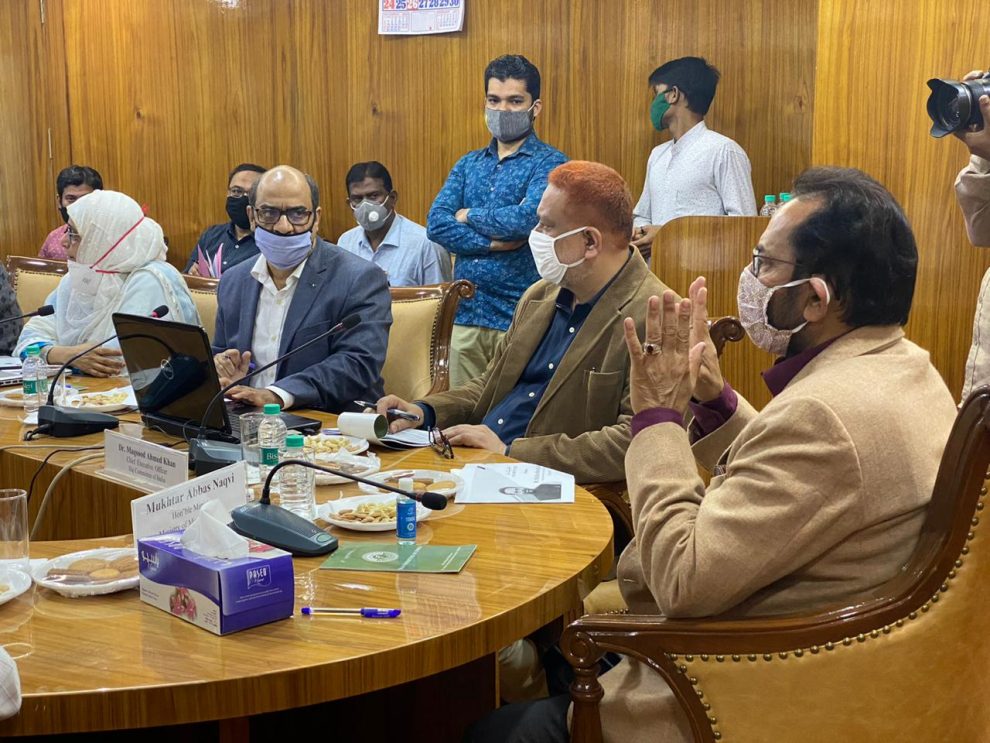 Union minister for Minority Affairs Mukhtar Abbas Naqvi has said, arrangements are being made to administer coronavirus vaccines to those who will be going for Haj later this year.

He was speaking to reporters after chairing a meeting of the Haj Committee officials in Mumbai Tuesday afternoon.

With 10th January being the last date for applying for the pilgrimage, the minister informed that 50 percent of the total applications received so far are from women, including 700 of those who wish to go without ‘mehram’ or the male companion. Haj 2021 is scheduled for June-July 2021.

Mr. Naqvi criticized those politicians who are trying to create confusion over vaccines.

He said, the same people had earlier raised questions over the welfare measures taken by the Narendra Modi government in the wake of the COVID-19 pandemic.

He said, some frustrated politicians are trying to damage the credibility of Indian scientists who have worked hard to develop a safe vaccine in record time.