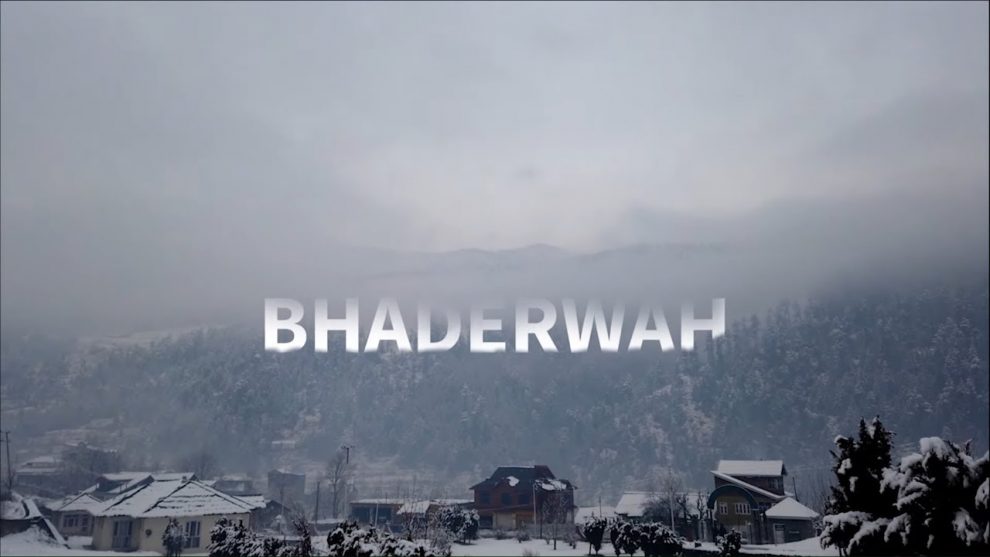 The Dispatch Staff
Add Comment
Army's Rashtriya Rifles unit based at Bhaderwah is holding the three-day snow carnival from February 18 in collaboration with district administration Doda and Jawahar Institute of Mountaineering in the picturesque valley, also known as mini-Kashmir for its resemblance with the 'paradise on earth'.

Bhaderwah : The snow-bound Bhaderwah in Doda district of Jammu and Kashmir is all set to host a three-day snow sports festival from Friday, thanks to the Army which has come forward to give a boost to the efforts of the administration to revive pandemic-hit tourism industry.
Army’s Rashtriya Rifles unit based at Bhaderwah is holding the three-day snow carnival from February 18 in collaboration with district administration Doda and Jawahar Institute of Mountaineering in the picturesque valley, also known as mini-Kashmir for its resemblance with the ‘paradise on earth’.
In the run-up to the three-day festival, different activities like snow sledging, skiing, boarding and snowman making are going on at Thanthera, Jaie Valley, Sartingal and Padri under the supervision of Sub-Divisional Magistrate, Thathri, Athar Amin Zargar who has been appointed nodal officer of the festival.
Apart from these, other attractions will include live performance by band of Bhaderwah, photography exhibition cum competition, stalls by J&K Tourism department, high altitude warfare school and Indian Institute of skiing and Mountaineering, an army spokesman said.
To finalise the arrangements, officials said the Additional Deputy Commissioner Bhaderwah Rakesh Kumar also called a high level meeting of Army officers, civil administration and other stakeholders of the tourism industry for the success of the event.
The primary objective to organise snow carnival at this time is to give the much-needed boost to tourism in Bhaderwah valley which is the mainstay of the economy of the locals who have suffered a lot due to the coronavirus pandemic, Kumar told PTI.
He said the snow festival will provide a platform to the youth to showcase their talent.
Locals expressed their gratitude to the Army and said the event is a welcome step and hoped that it would help revive the badly-hit tourism industry.
The tourism stakeholders were, however, critical of Bhaderwah Development Authority (BDA) for its alleged failure to highlight and boost tourism potential in Bhaderwah.
“The Army, besides maintaining peace and law and order, is going an extra mile by taking the much required initiative to bring back the derailed tourism industry to life but on the other hand BDA, which is responsible to develop tourism, has completely failed to take any initiative to revive tourism,” said a local tourism player and event Manager, Manoj Kotwal.
Expressing his gratitude to the Army and the district administration for the initiative, District Development Council (DDC) member, Bhaderwah west, Yudhvir Thakur said the festival will not only provide a great opportunity to boost the tourism industry but also generate employment avenues for locals.
He hit out at the BDA officials for their non-serious attitude towards promotion of tourism related activities.
“BDA was established to highlight the tourism potential of the area but it seems non-serious to revive tourism,” Thakur alleged.
Chief Executive Officer, BDA, Navdeep Wazir refused to comment on the allegations and said he does not possess a ‘magic wand’ to revive tourism.