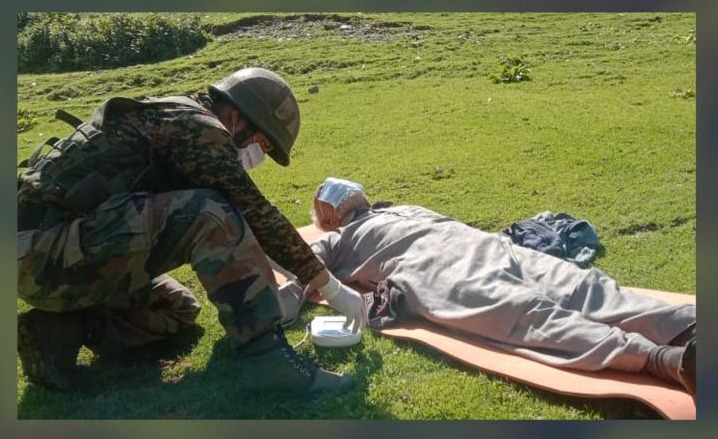 Jammu: Timely assistance by the Army saved the life of a 72-year-old man who fell unconscious in the higher reaches of Poonch district in Jammu and Kashmir on Wednesday, a defence spokesman said.
Mohammad Rizwan, who has a medical history of diabetes, suffered from breathlessness and fainted at Satharban in the district, the spokesman said.

Due to limited health support at higher reaches of Pir Panjal, the individual became serious and immediate help from the Army rushed to the spot with a Quick Reaction Medical Team that provided medical assistance, he said.

Later, the patient was shifted down from higher reaches to a primary health centre for further treatment, the spokesman said.

He said timely medical assistance provided by the Army saved the life of Rizwan and efforts of the soldiers were appreciated by the local villagers.