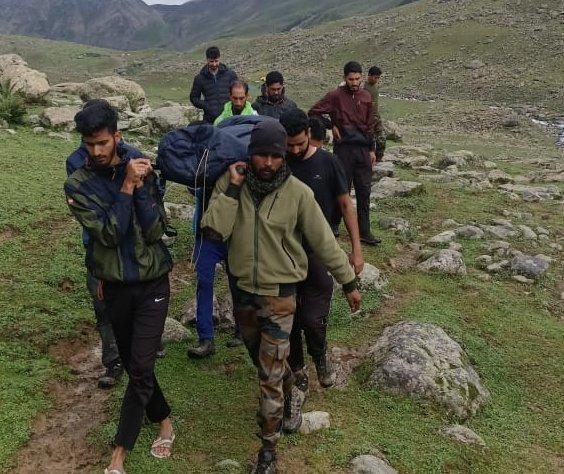 GANDERBAL: Medical assistance was provided by the army to a trekker in central Kashmir’s Ganderbal district, officials said.

In a statement, an army spokesperson said that on a distress call by a group of trekkers at 12000 feet above sea level near Nundkol Lake in the Ganderbal district, the nearby Assam Rifles post responded swiftly by rushing a team to the spot and providing the ailing trekker with first aid and oxygen.

The statement reads that individual was further safely rescued to Forest Guest House at Trunkhal and resuscitated.

“He was subsequently evacuated with care in dark hours through treacherous terrain and inclement weather and handed over to the Medical Officer of civil administration at Naranag. The patient is stable now and admitted in SKIMS, Srinagar,” it added.