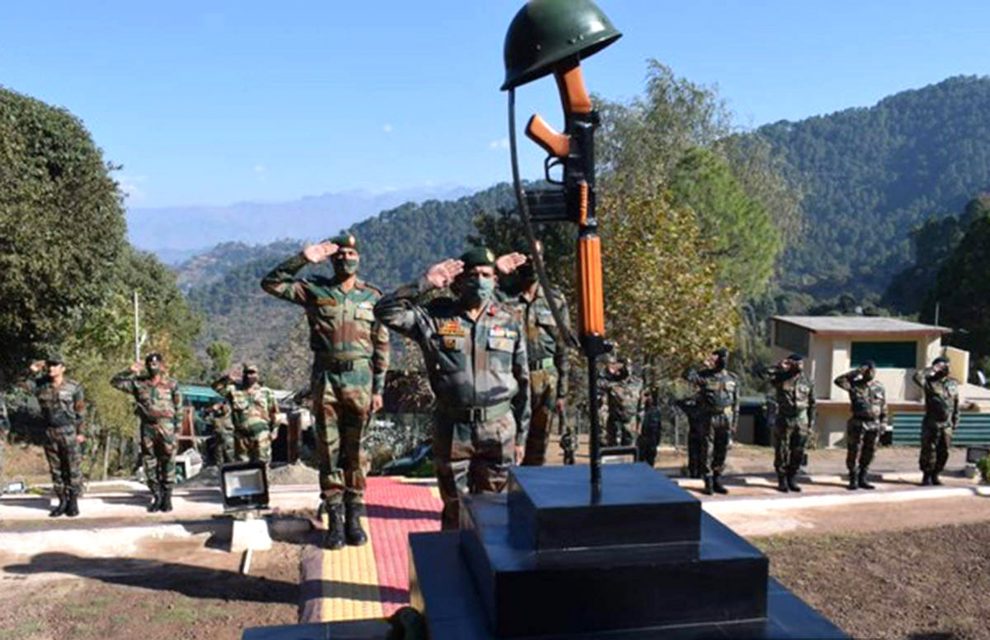 Jammu, Nov 3: The Army on Tuesday paid rich tributes to its personnel who fought a fierce battle with Pakistani soldiers and captured the strategic OP Hill in Jammu and Kashmir’s Poonch district on this day in 1965, a defence spokesman said.

Captain Gautam Mubayi, along with more than 100 brave soldiers, laid down their lives in the battle and their efforts were honoured with a total of five Maha Vir Chakra, three Vir Chakra, 13 Sena Medal and 11 Chief of Army Staff commendation, the spokesman said.

He said senior officers of the Bhimber Gali Brigade led their men in paying homage to the soldiers who laid down their lives for the country.

O P Hill provided a foothold to Pakistan to launch further operations towards the Mendhar sector after they occupied it at the first opportunity of finding it vacant, the spokesman said.

He said Pakistanis referred to this complex as ‘Che-e-Nar’.

The Bhimber Gali Brigade of the Indian Army was assigned the task of capturing the feature and throw out Pakistani troops, the spokesman said.

After an intense battle, O P Hill was captured on November 2-3, 1965, the spokesman said.

He said the troops relentlessly fought with extraordinary bravery and stubborn resolve to dislodge the enemy. The battle remains one of the finest ever fought, the spokesman said.