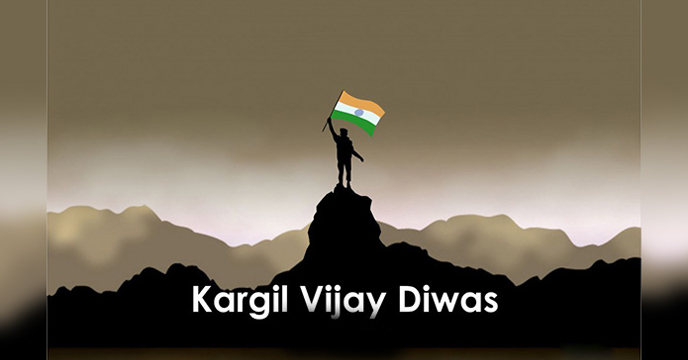 Kargil, Jul 26: Army on Sunday paid rich tribute to the soldiers, who laid down their lives in the 1999 war, on the 21st anniversary of Vijay Diwas at Kargil War Memorial in the border town of Drass.

The Kargil Vijay Diwas celebrations were muted this year, with just wreath-laying ceremonies at war memorials in Drass and the national capital on Sunday, in view of COVID-19 pandemic.

Defence Ministry spokesperson Colonel Rajesh Kalia told UNI that a grateful nation remembered the heroes of Operation Vijay, on the 21st anniversary of Kargil Vijay Diwas, which is celebrated every year on July 26. “The occasion commemorates the glorious victory of the Indian Armed Forces against the Pakistan Army intruders in the Kargil, Dras and Batalik Sectors in 1999,” he said.

Lieutenant General Harinder Singh General Officer Commanding Fire & Fury Corps laid a wreath at the iconic Kargil War Memorial in Dras on the occasion, on behalf of the Nation and paid tribute to the gallant heroes.

On July 26, 1999 Indian troops evicted Pakistani intruders from Indian boundary. As many as 527 Indian soldiers had to make the supreme sacrifice during the three-month long war. The war memorial in Drass has around 500 tombstones with the names of the soldiers inscribed on them.