Jammu, Dec 08: Army on Tuesday said that a major tragedy was averted by quick response of Army Camp at Nachlana while carrying out rescue of two accidental vehicles and also administering medical aid to four injured persons.

“During wee hours of 07 Dec 2020 at 0305 hrs, two goods trucks moving from Srinagar to Jammu collided leading to skidding of the later into Bichleri river near Nachlana, District Ramban (J&K),” Army said in a statement issued to the news agency

It added that Army teams from Nachlana including a Medical officer immediately swung into action. Army persons had to rappel for 80 mtrs to reach the turtle truck. The injured were successfully evacuated.

Undeterred by cold weather, spate of Bichleri river and darkness of night, soldiers of Army Camp Nachlana could evacuate four severely injured civilians to safety, after a grueling three hours effort. Injured were shifted to Medical facility of Nachlana Army Camp before being transferred to SDH Banihal. 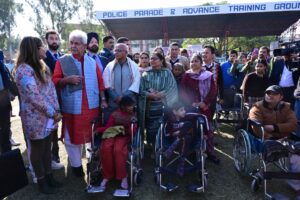 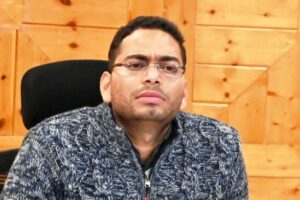