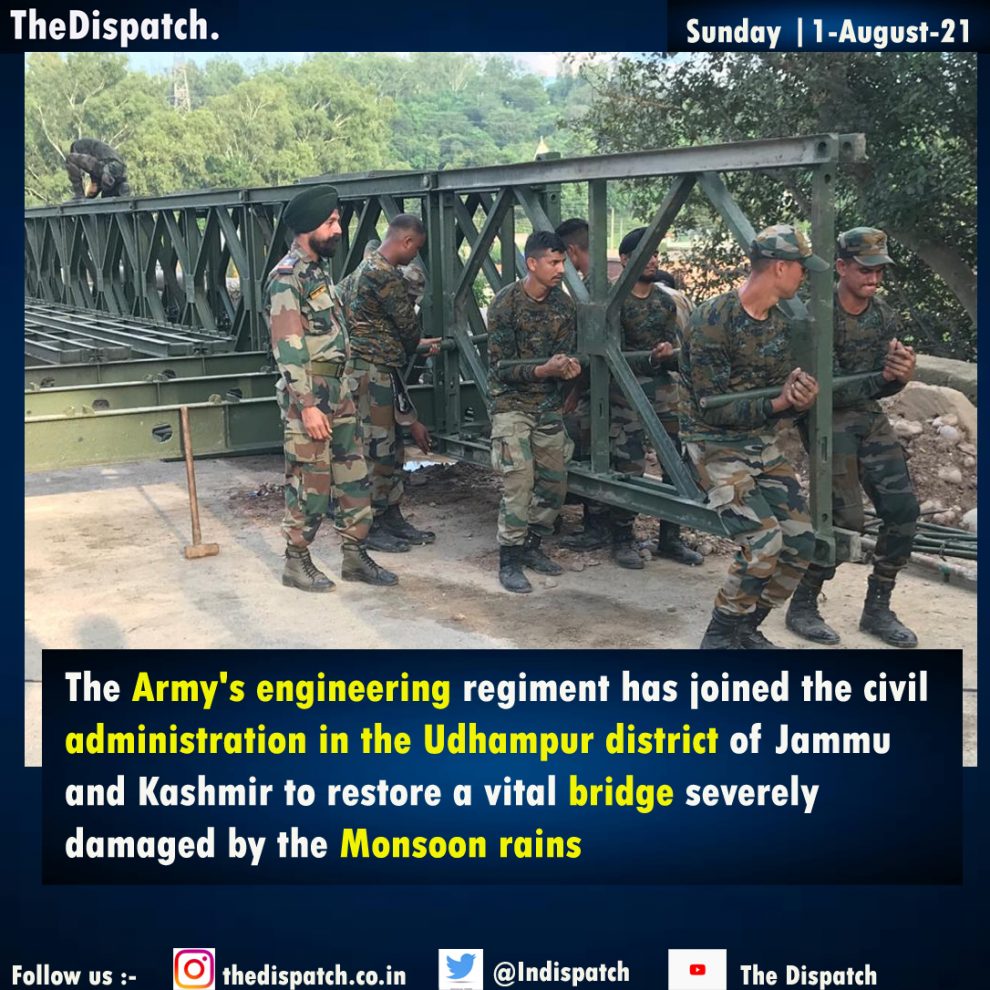 Jammu: The Army’s engineering regiment has joined the civil administration in the Udhampur district of Jammu and Kashmir to restore a vital bridge severely damaged by the Monsoon rains.

A defence spokesman said the Birhan bridge, a critical link on the main road to Udhampur, was damaged on July 27, making it unfit even for pedestrians, causing severe inconvenience to all.

A roadmap to repair the bridge with the assistance of the Army was worked out during an on-site July 28 meeting between the Udhampur deputy commissioner and senior officers of the Udhampur Garrison, the spokesman said.

He said the Army”s engineer regiment has been toiling along with the civil administration till late hours and during bad weather to repair the important bridge to make it operational soon.

“The Indian Army and Northern Command are always at the forefront and committed for the safety and welfare of the ”Awam” (people) of Jammu and Kashmir both during peace and war,” the spokesman said.