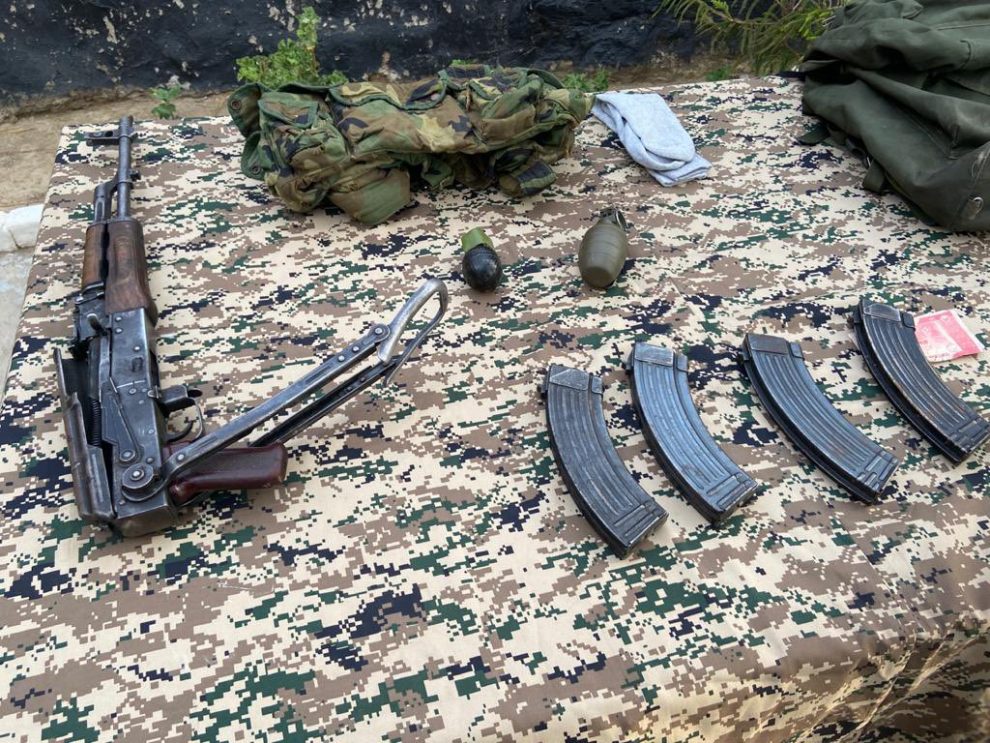 RAJOURI: The army Wednesday said that it foiled an infiltration bid along the Line of Control (LoC) in Nowshehra sector of Rajouri district of Jammu and Kashmir by killing one militant and pushing others back.

A defence official told that during early hours of July 7, a group of Pakistani militants made an attempt to infiltrate across the Line of Control in the Nowshera sector, Rajouri (J&K).

“Alert army troops thwarted the infiltration bid by suitably employing an integrated surveillance grid along with domination by fire, and engaging the militants in a fierce firefight in which one militant was neutralised and his body has been recovered,” the official said. “Also, war-like stores including an AK 47 rifle, four magazines of AK 47 with ammunition and two hand grenades have been recovered from the militant. This action by alert Army troops displays resolve of Indian Army to thwart any misadventure on the Line of Control.”—(KNO)