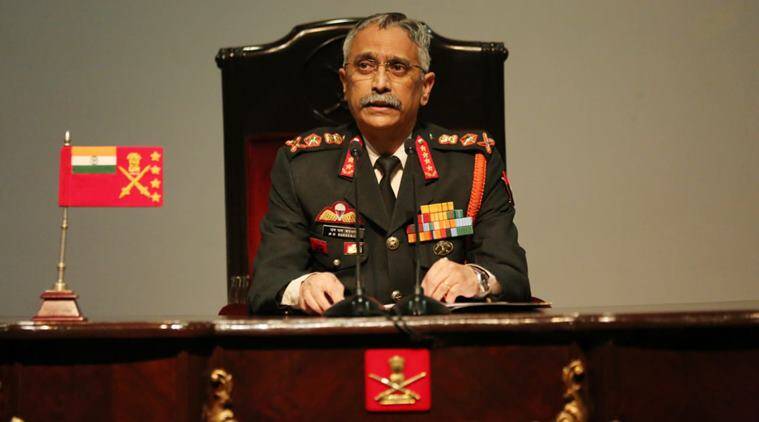 New Delhi: Army Chief General M M Naravane is on a two-day visit to the Jammu region where the General Officer Commanding (GOC) of White Knight Corps will give him an update on security situation and operational preparedness, the Indian Army said on Monday.
Terrorists shot dead two non-local labourers and injured another on Sunday in Kulgam district of Jammu and Kashmir, the latest in the series of attacks targeting civilians.
This is the third attack on non-local labourers in less than 24 hours. A street vendor from Bihar and a carpenter from Uttar Pradesh were shot dead by the ultras on Saturday evening.
Amid the spate of civilian killings, Jammu and Kashmir Lieutenant Governor Manoj Sinha had on Sunday vowed to avenge every drop of their blood by hunting down terrorists and their sympathisers.
The Indian Army said on Twitter on Monday: “General MM Naravane, COAS (Chief of Army Staff) is on a two day visit to Jammu Region wherein GOC White Knight Corps will give an update on security situation and operational preparedness.”
“COAS will visit forward areas and interact with troops and commanders on ground,” it added.