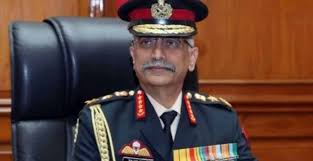 Later, while touring around the ancient palace of the Himalayan Nation, General Naravane was briefed about temples and other structures standing tall in and around the UNESCO World Heritage Site which once housed kings before the unification of Nepal.

General Naravane would be conferred the rank of Honorary General of the Nepali Army by President Bidhya Devi Bhandari Thursday afternoon at  an investiture ceremony to be held at Sheetal Niwas.

General Naravane will hold bilateral talks with his counterpart Thapa  and he will join a dinner to be hosted by the Nepali Army Chief.

On Friday, General Naravane will deliver a lecture at Nepal Army Staff and Command College in Shivapuri, where senior Nepal Army officers will be present.