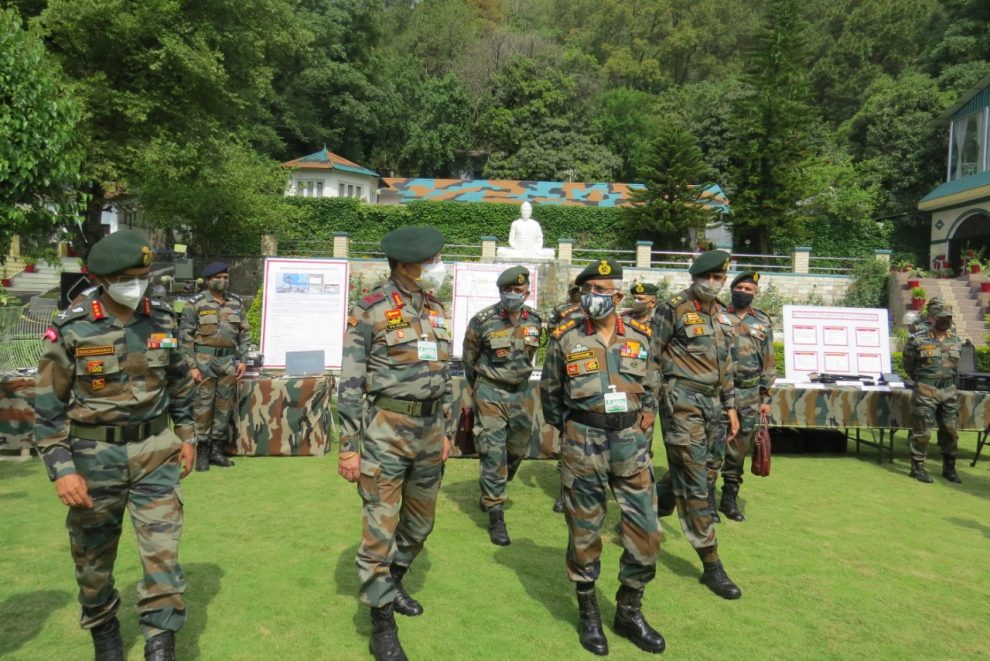 JAMMU, May 12: India’s Chief of Army Staff Wednesday reviewed the security situation in the Rajouri and Akhnoor area of the Jammu Division.

A spokesperson said that Chief of Army Staff, General M. M Naravane who was on two days visit in Jammu and Kashmir visited White Knight Corps and the forward areas including Aknoor, Rajouri and Naushera.

On arrival at the White Knight Corps HeadQuarters, Genera Naravane accompanied by Lt Gen Y K Joshi, Northern Army Commander, was briefed by Lt Gen Suchendra Kumar, General Officer Commanding, White Knight Corps regarding the prevailing security situation, Operational preparedness, COVID-19 Management and theassistance provided to the Veterans and the people of the region in fight against the Pandemic.
The COAS, accompanied by the Northern Army Commander and GOC White Knight Corps, thereafter visited the forward areas at Akhnoor, Naushera and Rajouri.

General Naravane interacted with troops deployed in the forward areas and appreciated the sustained efforts of all Ranks of the White Knight Corps towards maintaining the sanctity of the Line of Control as well as whole heartedly assisting the civil administration, veterans and civil population especially in Border areas to combat the spread of the COVID-19Pandemic.

Later in the day, the General Officer visited the Military Hospital at Jammu and reviewed the medical preparedness for COVID -19. He appreciated the vital critical care being provided by the doctors and health care workers and awarded them appropriately.