Eram first saw Gehna Rai through her brother’s aquarium.
Varun was twenty-three, which meant that he was proper grown, but it was hard to tell with him sometimes. He liked nothing so much as a good argument and he always took the contrary view: he was a Darwinist with animal lovers, a rabid bigot among liberals, pro-life with feminists, pro-choice with Catholics, he advocated gay marriage to conservatives and was a loyal supporter of whichever government happened to be in power.
He also liked to piss Gehna off, which was fun for him because she cared about things. People who cared were always easy to provoke.

The six-foot home aquarium was a sophisticated affair—automatic filtration system, temperature controls and lots of vegetation the baby mollies could dart into whenever their parents tried to eat them. Varun rooted for the parents.

‘Go get ’em,’ he would yell. ‘Get that little bastard. He’s behind the seaweed.’
And Gehna, as if on cue, would be outraged. ‘How could you! The poor thing can’t even defend itself. Is this why you keep them? So you can watch them, what, cannibalize each other?’
‘Natural selection, baby,’ Varun would say, tapping the plate glass of the tank to show the adult Black Molly where its dinner was hiding. ‘The weak are doomed. Try not to let your heart bleed all over my carpet.’

That evening was the first time Eram visited Varun’s 2-BHK apartment in the Bandra suburb. The main thing that made this apartment different from the trillions of other apartments in Mumbai was that its door was open. Not just unlocked, but left ajar.

Who does that in a big city? Eram wondered. Nobody who’s still breathing, that’s who. In the movies, gumshoes always have these tough-as-shit names like Spade or Hammer or Shaft. I could be PI Steele, hot on the scene of a mystery so raw that it bled. The door opened with a loud creak. Steele waited for something to happen, a matchstick stuck in his mouth like it was a pin holding the rest of him together. He needn’t have bothered—in this crummy neighbourhood, even a shotgun blast wouldn’t have stirred the residents. Inside, the apartment was bright and cold as a morgue. Steele hoped that the resemblance ended there. He hoped that the worst thing he would find in here was milk gone bad. But deep in his bones he knew it wasn’t to be. Death had been a guest here tonight. Pity, thought Steele, slipping the matchstick into the pocket of his trench coat. He’d have to scratch that dinner date he had with a dame so hot you could fry bacon on her.
The goddamn movies, Eram thought. You watch too many of them, they set up shop in your brain.
The big aquarium sat on a counter dividing the kitchen alcove from the hall. When he bent down to get a closer look, Eram saw a girl in a pink camisole curled into an armchair on the other side of the tank.
‘Look at that. A pretty pink fish.’
The girl lowered the book she was reading. Through the clear water of the aquarium—past the mollies, goldfish, tetras, platies and pairs of kissing gourami that fought with their mouths pressed tight together—Eram looked into her eyes. He may have looked a moment too long. She smiled at him with half of her mouth. How could he have known, at seventeen, the peril in girls with sad eyes and crooked smiles? Eram’s pulse jerked like a koi fish fresh to the net. It suddenly became imperative that the aquarium not be between the pink girl and himself, so he stepped around it.
‘How’s that for the meet-cute of the millennium?’ he asked.
‘That depends, I guess.’
‘On what?’
‘On me knowing what a “meet-cute” is.’

‘Oh, right. A meet-cute is that scene in all the romcoms when the boy and girl meet each other for the first time. Think Hugh Grant spilling OJ on Julia Roberts in Notting Hill. Or like Hazel and Gus at a cancer support meeting in The Fault in Our Stars.’

‘Or that one where a boy sneaks into an apartment without ringing the bell and gawks at the girl for god alone knows how long until she nearly has a major coronary incident.’
‘Listen, I would have gawked a whole lot longer but these damned fish kept getting in my way. Why was the door open?’
‘So that Munshi can go in and out as he pleases. My brother’s cat.’
‘Axe murderers can go in and out as they please too, y’know.’
‘I guess. Are you one though? An axe murderer?’
‘Well, no. Not yet anyway. But I’m still young. Who knows, couple more years surrounded by all the idiots and fakes on this shitty rock and I might just—’

‘Eram! Wassup, dude.’ Varun charged into the hall. You could get tired just looking at him. He was one of these guys who never sauntered or strolled anywhere. Even his words jostled each other out of the way. ‘You meet my sister Gehna? No? That’s her in the corner pretending to be good. She’s usually not this quiet, more’s the pity. Gehna!’ Varun snapped his fingers before the girl’s nose. ‘This is Eram. He’s a teenager as well. I dunno what I’m doing, hanging out with a bunch of babies. Say something interesting.’

Gehna shot death rays at her brother before giving Eram that crooked smile again.
‘Hi,’ she said. ‘Pleased to meet you.’ She stuck out a hand and Eram took it, briefly. It wasn’t quite the meet-cute of the millennium. No sweet dreams would be made of this.
And yet, Eram thought. 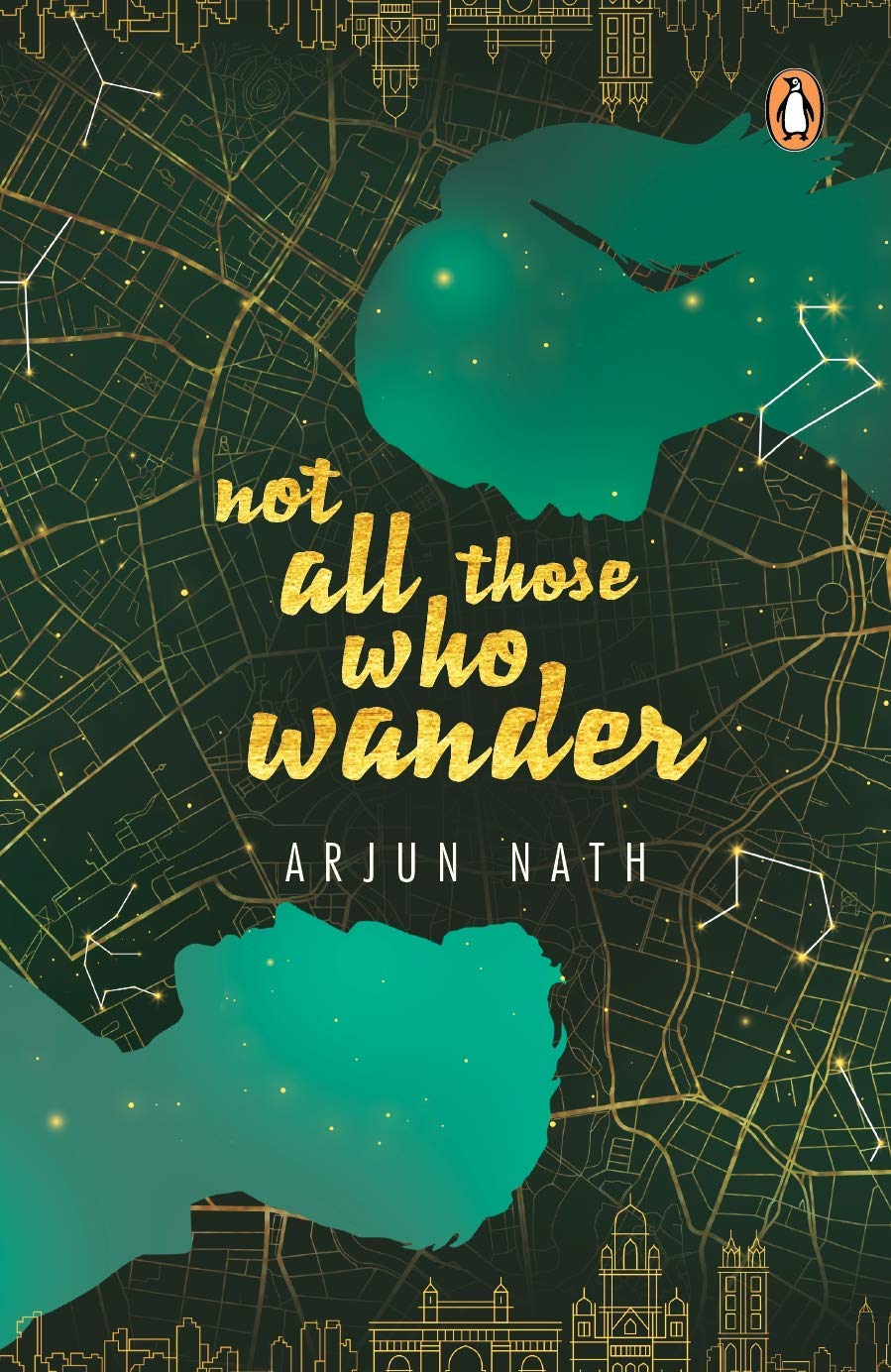 Excerpted with permission from Not All Those Who Wander, Arjun Nath, Penguin India. Read more about the book here and buy it here.

Set amidst the placid environment of an elite Delhi club, M.G. Vassanji's "A Delhi Obsession" is a story of passion, love and faith
International Booker Prize 2020: Know more about the Longlisted Books