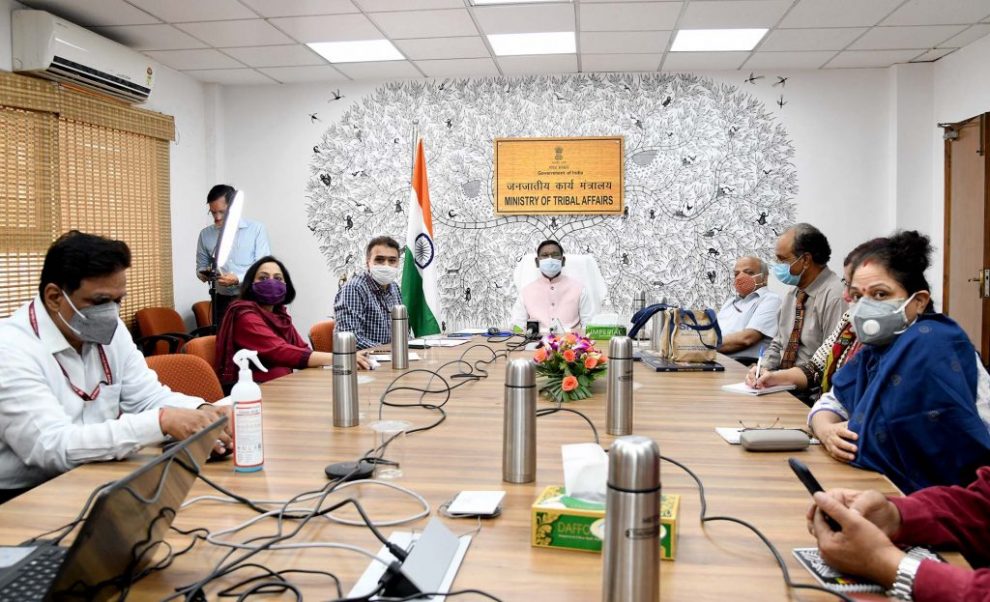 Union Minister of Tribal Affairs Arjun Munda launched two Centers of Excellence for Tribal Welfare today. These centers were launched in collaboration between the Ministry of Tribal Affairs and Art of Living through video conference.

Addressing on the occasion, Mr. Munda informed that the one Center will be engaged in the field of training tribal farmers in Aurangabad district of Maharashtra on sustainable natural farming while the second one will be working towards strengthening Panchayati Raj Institutions in 5 districts covering 30 Gram Panchayats and 150 villages of Jharkhand.

Mr. Munda said, the Union government is fully committed to the welfare of tribal people in the country. Sri Sri Ravishankar of Art of Living, Minister of State for Tribal Affairs Renuka Singh, along with senior officials of the Tribal Affairs Ministry were also present on the occasion.

India, US committed to uphold territorial integrity & sovereignty of all nations: Rajnath Singh
Prioritisation has to be done on criteria for COVID-19 vaccination, says Dr VK Paul
Comment