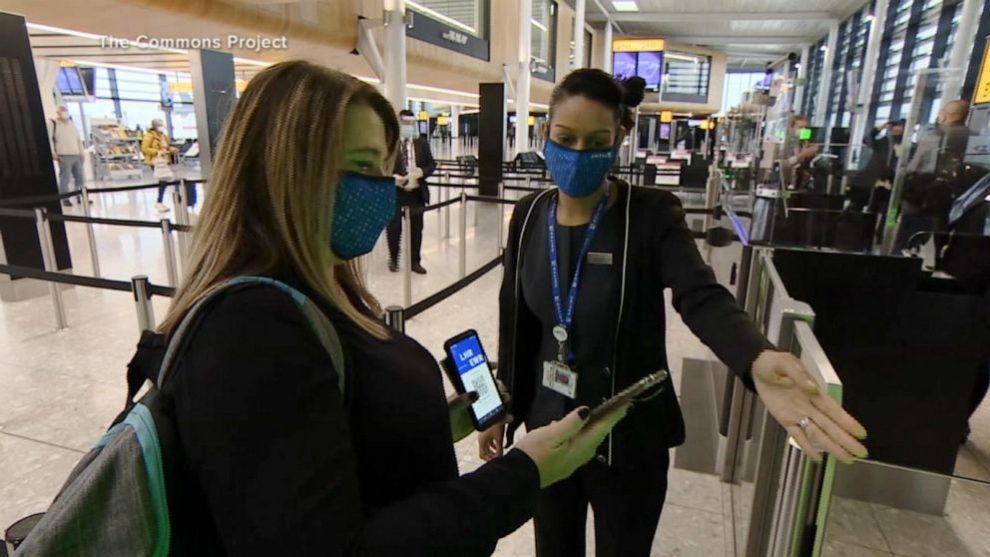 The rollout of the first batches of COVID-19 vaccines in Britain and the United States has reignited a debate around the possible use of digital health passports to ease the lockdowns that are crippling the global economy.

Proponents say identifying people who are immune to the novel coronavirus or at lower risk of spreading it could help open up travel and other services. But, critics have raised concerns over privacy, health and discrimination.

As more technology firms develop digital certificates that can be accessed on smartphones by employers, airlines and others, here is all you need to know about health passports.

WHAT ARE HEALTH PASSPORTS?

The term health passport, or health pass, generally refers to documents – in paper or digital format – that certify a person is unlikely to either catch or spread a disease.

With the novel coronavirus, the proposed certificates would attest one of three things: that the holder has been vaccinated, has tested negative for the virus or has recovered from it.

Their use could allow governments to lift some pandemic-induced restrictions, allowing people to travel in planes, attend concerts, go to work or dine out, supporters say.

“We’ve tried many different solutions to properly and safely reopen hospitality, sport venues and other things that are very important, not just for our economy, but also for mental wellbeing of people,” said Ryan Wain, an advisor at the Tony Blair Institute for Global Change, a British think tank.

“And really, the only way that we can properly get those open is knowing that people entering those venues don’t have COVID,” he told the Thomson Reuters Foundation in a phone interview.

WHERE ARE THEY BEING USED?

Different health passes have been trialled by governments and firms around the world in recent months.

In October, Estonia and the World Health Organization started a pilot for a digital vaccine certificate, with the Baltic country announcing earlier this year that it had begun testing a separate “digital immunity passport”.

China has put in place an app-based health code system that uses travel and medical data to give people a red, yellow or green rating indicating the likelihood of them having the virus – and whether or not they can walk around freely.

Israel has said it plans to issue a “green passport” to those who have been vaccinated, which will grant them easy access to restaurants and cultural events, and exempt them from quarantine rules or getting a virus test before travel.

In April, Chile said it would issue certificates to people who recovered from the virus.

And in India, everyone who has been vaccinated will get a QR code-based electronic certificate, the health ministry has said.

At a smaller scale, the University of Illinois has made access to campus buildings dependent on negative tests, and a number of airlines have started trialling a digital health pass to verify tests taken in different countries.

The International Air Transport Association, the lobby group of the world’s airlines, said it would launch a digital health travel pass early next year that will include passengers’ COVID-19 vaccination data.

WHAT ARE THE MAIN CONCERNS?

Health passes have raised a number of public health and privacy concerns.

Legal and health experts have warned that so-called immunity passports, which would allow greater freedom to those who have recovered from the virus, could push people to try to catch the disease in the hopes of making themselves immune.

The passports’ scientific grounding has also been called into question, as it is still not clear whether people who recover from COVID-19 are protected from a second infection – or, if they are, for how long.

Passes based on negative test results have a short shelf life, as people can catch the virus any time after taking the test, said Alexandra Phelan, an infectious disease expert at Georgetown University in Washington, D.C.

The passes also rely on wide access to rapid testing, she added.

Phelan noted that vaccination certificates are already regulated by international law, which allows countries to require from travellers proof of vaccination for diseases such as yellow fever or polio as a condition of entry.

But extending the system to COVID-19 might face some hurdles, as governments have to agree on which of the several vaccines in the pipeline they would accept, she said.

With researchers warning that it might take years to get everyone a shot as rich nations buy up more than half of the available stock, linking travel to a vaccination could also leave a large part of the world grounded, Phelan added.

“We risk a situation where only wealthy countries have had access to the vaccine that is accepted for travel. And they’re the only ones travelling,” she said.

WHY DIGITAL AND NOT PAPER?

Certificates could in theory be paper-based or digital, but trials have largely focused on digital solutions.

But apps and other digital solutions combining health data and identification could exclude large numbers of people who do not own a smartphone, while also raising privacy concerns, said Tom Fisher, a researcher at nonprofit Privacy International.

“Digital identity solutions leave us open to data exploitation, with the valuable data from these solutions (being) used for other purposes,” he said in an emailed statement.