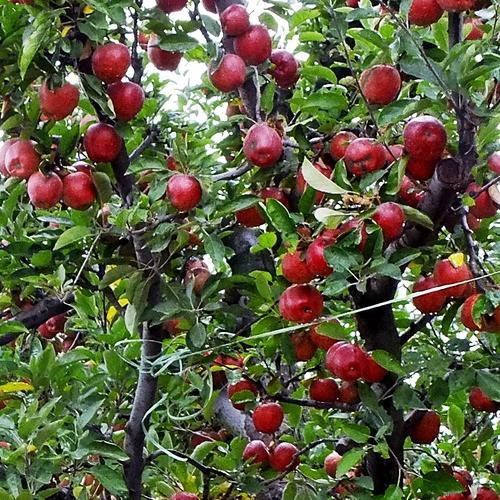 GANDERBAL: With very little demand for Kashmiri apples in the market, the apple traders and the orchardists in Ganderbal are waiting for the government to intervene to lift their produce and save them from incurring losses

Ganderbal district is full of apple orchards, but the growers are concerned that with the minimal demand from the markets in India, the government is silent on the Jammu and Kashmir market intervention scheme.

In the last two years, the government has protected the apple orchardists from the financial reverses in district Ganderbal by introducing market Intervention scheme.

Apple traders and landowners have jointly appealed to the government to release them from debt by the market Intervention scheme this year also. Abdul Rahman, a local resident told  that the fruit industry has faced several challenges since 2019 due to which the industry is crumbling.

“This year as per the initial demand it seems that the growers will face losses again. The growers are worried as they have spent a lot of money on pesticides and fertilizers. Government must intervene to save growers from losses,” he said.

Chief horticulture officer Ganderbal, Abdul Hamid said that they have already offered every help to the growers.

“The market intervention scheme is already available, growers must contact us so that there won’t be any losses to them,” Hamid said—(KNO)

Everything you need to know about Apple’s iPhone 13 series
5 shops sealed, FIR lodged against 9 Covid violators in Srinagar
Comment