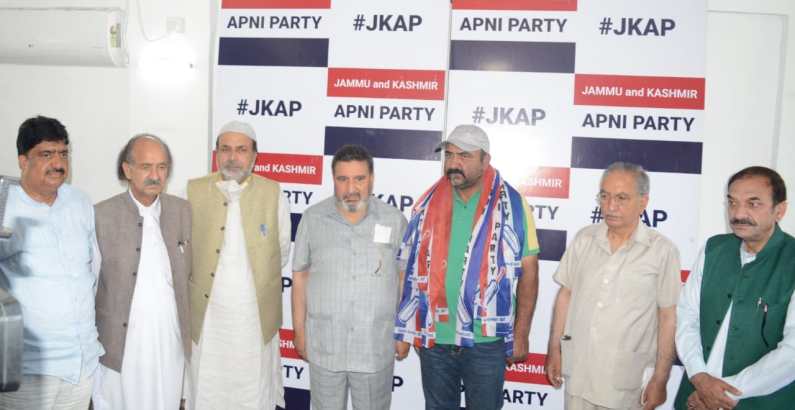 SRINAGAR, July 03: Apni Party President Syed Mohammad Altaf Bukhari on Saturday said that a delegation of Apni Party leaders will meet and present their viewpoint before the Delimitation Commission in both divisions of Jammu and Kashmir as per their scheduled appointments.

Addressing media persons on the sidelines of a joining ceremony at Party headquarters in Lal Chowk Srinagar, Bukhari said that though he had pleaded for holding of assembly elections in J&K without waiting for the completion of delimitation process before the All Party meeting held in New Delhi on June 24, this year but the union leadership presented its genuine reasons against this demand.

“The union leaders argued that the delimitation in J&K cannot be equated with that of Assam where the process was postponed. It may be because of the number of seats that are going to witness an increase in J&K. Having said so, Apni Party has decided to form two delegations of its leaders, both in Srinagar and Jammu who will meet the Delimitation Commission with our viewpoint on the entire process,” he added.

He said that Apni Party has already done its homework on the whole exercise of delimitation and would file petitions before the Commission on the adjustment of boundaries and description of the extent of assembly constituencies which we believe should not be thrust to pit one region against another for some political mileage,” he remarked.

Welcoming Mir in the party-fold, Bukhari said that he hopes and firmly believes that with his joining; the morale of the Apni Party cadre in Handwara town and its peripheries will get boosted and the Party will get further strengthened at the grassroots level.

Speaking on this occasion, Mir observed that his decision to join Apni Party was influenced by the Party’s practical agenda that is aimed at the holistic development of Jammu and Kashmir. He said that the district Kupwara in general and his area, in particular, has always been neglected by the leaders who represented it in the past.

“I firmly believe that under the guidance of Apni Party leadership, our area will witness an equitable development in all spheres of public life,” he added