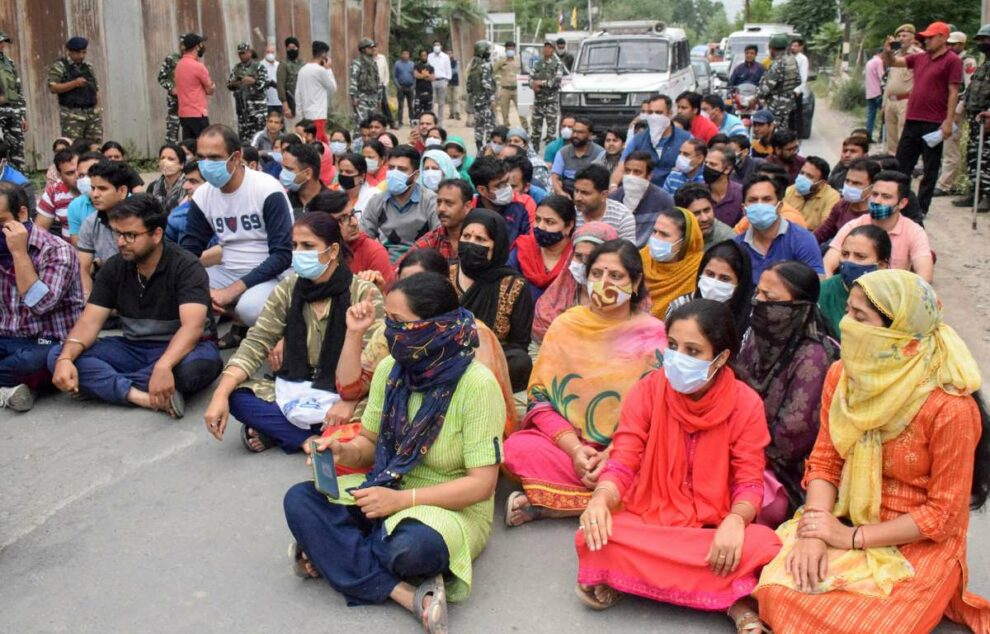 JAMMU: Jammu and Kashmir Apni Party on Tuesday expressed concerns over the fresh “hit-list” issued by The Resistance Front (TRF) — an LeT offshoot — and demanded the LG to relocate Kashmiri Pandit employees to Jammu from the valley where they are under threat from terrorists.

The hit-list issued by the Lashkar-e-Taiba affiliate has created a panic among Kashmiri Pandits.

Several government employees posted in the Kashmir valley, including the Kashmiri Pandits, have come under terror attacks of late.

TRF had recently in a blog published a hit list of 56 Kashmiri Pandit employees working under PMRP.

Apni Party Youth Wing General Secretary Abhay Bakaya on Tuesday expressed concerns over the “information breach” and asked the the authorities to own up to its failure in preventing it.

“The demand for relocating Kashmiri Pandit employees to Jammu stands explicitly justified after the shocking release of this list which has sent shivers to KP members working there,” Bakaya told reporters here.

“The government agencies must own up this information breach and should desist from acting complacent any further. So many members of the Kashmiri Pandit community have already been killed this year and putting others to further risk is unwarranted, inhuman, and sadistic,” he said.

Bakaya appealed to the J&K Lieutenant Governor to prioritise the security of Kashmir Pandits over their service location and relocate them to Jammu division until the situation becomes normal.

“I appeal to and request Manoj Sinha ji to kindly intervene at the earliest as it is a matter of serious concern and Kashmiri Pandits cannot be allowed to remain easy targets for these inimical forces.

“The killings have shown that security breach is a reality and thus accepting this reality, our community members need to be relocated to Jammu,” he said.