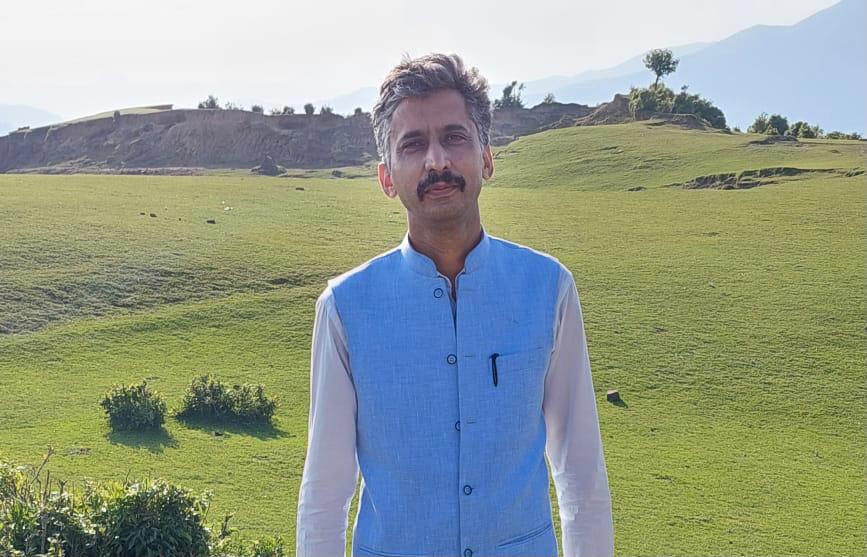 Rajouri: While heartily welcoming the All Party Meeting convened by the Prime Minister to discuss Jammu and Kashmir affairs, Javed Iqbal Choudhary Chairman Block Development Council Koteranka have expressed deep dismay over the complete exclusion of political opinion from Rajouri and Poonch region.

In a statement, Javed said that the Center’s initiative to set up a meeting of the leadership of Jammu and Kashmir with Honourable Prime Minister is a much needed and greatly welcome setup for an inclusive process but the way it has been convened as just repeat of traditional approach of touching base with Srinagar and Jammu and leaving rest of the regions at mercy of this limited interest group. He said that when one goes through the names of those who have been invited to the meeting it suggests that politics has come about full circles in 34 months with the same actors taking the center-stage.

The choice of participants, Javed said, as made by the Government of India is also an endorsement of political hierarchies in Jammu and Kashmir which represent their large sized egos and not the marginal people. One can clearly make out that the government has invited the former Chief Ministers, Deputy Chief Ministers and presidents of the national and main regional political parties. With these criteria no one can be found eligible from Rajouri and Poonch as the political system as it existed for seven decades has never allowed anyone from this region to reach any high decision-making platform. Even after massive constitutional and political shake-up, the Center appears to be restoring the ‘as is, where is’ position of the political hierarchies in Jammu and Kashmir.

Javed said while one five of the 14 leaders invited to the All Party Meeting are from Jammu but three among them are from the ruling party at the Center, thus effectively meaning that any native opinion from the Jammu region in general and Rajouri-Poonch in particular holds no value for the government of India. Among the five leaders invited from Jammu region three are from the ruling BJP, one from Congress, which has hardly any representative character in the region and fifth is from Panthers Party who has already been disowned by his own party. Is this the importance New Delhi accords to six million people of Jammu region?, Javed asked.

Javed said that despite being ignored at all levels, the people of Rajouri and Poonch are always positive and constructive and willing to support everything which is in interest of all people of Jammu and Kashmir. In this spirit, Javed said, that he will reach out to senior political leaders and civil society members across Rajouri and Poonch for a process of consultation to make a document for Center’s knowledge and consideration.

Need for involving all stakeholders to script a new social contract between Delhi and the people of J&K: PC
Shri Amarnathji Yatra cancelled in wake of Covid-19 Pandemic
Comment