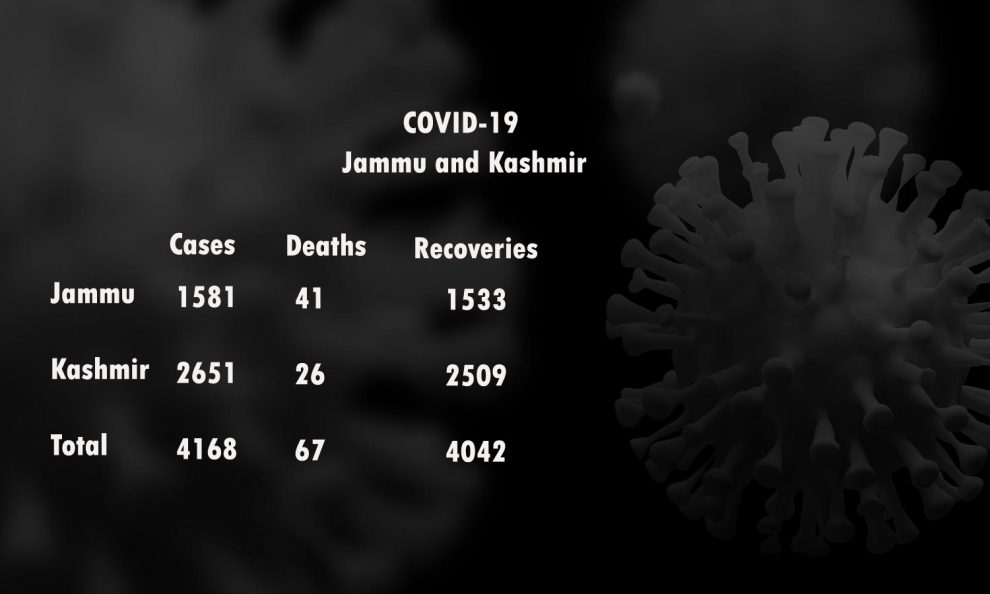 JAMMU: Observing that SARS CoV-2 viruses in Jammu and Kashmir have shown significant mutations and several variants which are circulating in the population of the Union Territory will further show increased infectivity in the coming days, Apex Level Advisory Committee has suggested an Action Plan to the Government to effectively fight the surge in the pandemic.

The Apex Level Advisory Committee headed by Prof Mohammad Sultan Khuroo, former Dean and Director SKIMS and comprising of medical experts from both the regions of the Union Territory of Jammu and Kashmir was constituted last year to review the protocol, guidelines and other related issues about the treatment of COVID-19 patients and their implementation.

The Committee, in its recent documents submitted to the Government, has observed, “SARS CoV-2 viruses circulating now in India including Jammu and Kashmir have shown significant mutations and several variants are circulating in the population in this Union Territory”, official sources privy to the contents of the documents said.

“These variants give advantage to the virus at multiple sites of attack which include increased infectivity, immune evasion, diagnostic test evasion, possible changing mode of transmission, change in age-related prevalence, change in clinical profile and possible increased morbidity and mortality”, the Committee has observed.

As such there is massive surge in cases due to increased infectivity and super-spreader phenomenon can be gauged from the fact that infection in one member in a family, office and establishment spreads to all and spares one. “This phenomenon has major implication on the ‘stay home policy’ as elderly people who stay home can yet get infected as such the advice on ‘mask and social distances indoors’ (reverse quarantine) needed to be practiced to save elderly from getting infected”, sources said quoting the observations of the Committee.

“There is also a risk of aerial mode of spread especially in congregations in ill-ventilated areas and in such a situation masks may become less protective and viruses circulating in the air spread for extended distances. Moreover, a significant number of infected persons develop disease outside the pulmonary system including GIT, cardiac disease, neurological disease etc”, sources said, adding “the Committee is of the suspicion that COVID-19 as of today in J&K has higher mortality and morbidity”.

The Committee has pointed out several reasons behind 2021 surge and one among them was lack of coordination in organizing safe travel plan following unlock. “Around one-fourth of positive infections in J&K belonged to travellers, who belonged to many States and other countries and imported infections as well as variants prevalent anywhere in the country and world”, sources said, adding “these variants were established in the community to virus advantage and now locally spreading fast”.

Highlighting the issues which need attention, the Committee, as per the sources, has mentioned that Rapid Antigen Test has high specificity but low sensitivity and can be applied under few circumstances as its widespread use has been a major problem in detecting mild or asymptomatic infections.

Proposing Action Plan to fight COVID 2021 surge, the Committee has conveyed to the Government that COVID-19 is showing a steep rise over the last few weeks with a substantial number of deaths. “The pandemic is likely to peak within 3 to 4 weeks and stays at a plateau for several weeks before showing regression so next 6 to 8 weeks are crucial and all efforts need to be done to control the spread, save human lives and give comfort and care to the needy”, the Committee said.

It has recommended further increase in bed strength of various categories; more deployment of manpower at every level; organizing of crash programme of three to seven days by medical institutions to train manpower in COVID cases handling; immediate expansion and installation of oxygen plants to meet increasing demands and maintenance of uninterrupted supply of essential drugs and oxygen even if the same have to be imported.

Observing that there is no alternative but to extend the lockdown to reduce the impact of the pandemic quickly, the Committee said, “highly coordinated and effective measures need to be implemented in society. However, additional measures need to be done to block the altered behaviour of the variants and their additional mode/mechanism of transmission”, adding “the administration as well as public need to control the surge by adopting appropriate behaviour given the pathogen which is more infectious and can evade and cause breakthrough infections”.

“Triple-layer face mask used properly and at all times by everybody in the workplace is a crux and a massive campaign is needed in the society to implement this most important weapon to fight against COVID. The persons who have been fully or partially vaccinated should not reduce protective guards against the virus and continue to take all precautions to protect themselves”, the Committee said, adding “the testing program for vendors, barbers, receptionists, butchers and other people who interact with large groups of people should be intensified as this will reduce transmission of disease at such points”.

Moreover, the Committee has recommended intensification of testing and tracing and making the same more realistic.