Apa Sherpa has stood on top of the world more times than all but one other person. Now he wants to make sure no one feels compelled to follow in his footsteps.

As a boy growing up in Nepal, Sherpa dreamed of becoming a doctor, but poverty and lack of education steered him to a far more dangerous path: Working as a guide on Mount Everest, carrying climbing equipment and helping foreign mountaineers scale the world’s tallest peak. 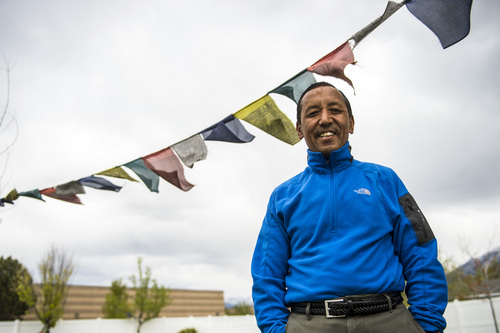 Now retired in the U.S., Sherpa returns every year to his roots in the foothills of the Himalayas to provide financial assistance to village schools and try to show children from the Sherpa minority group that they have options in life.

“Sherpas take big risks in the mountains to earn a living for their families because they are unable to take up any other jobs,” the 59-year-old said. “My main goal is to ensure children in the future don’t have to take up climbing like we did.” 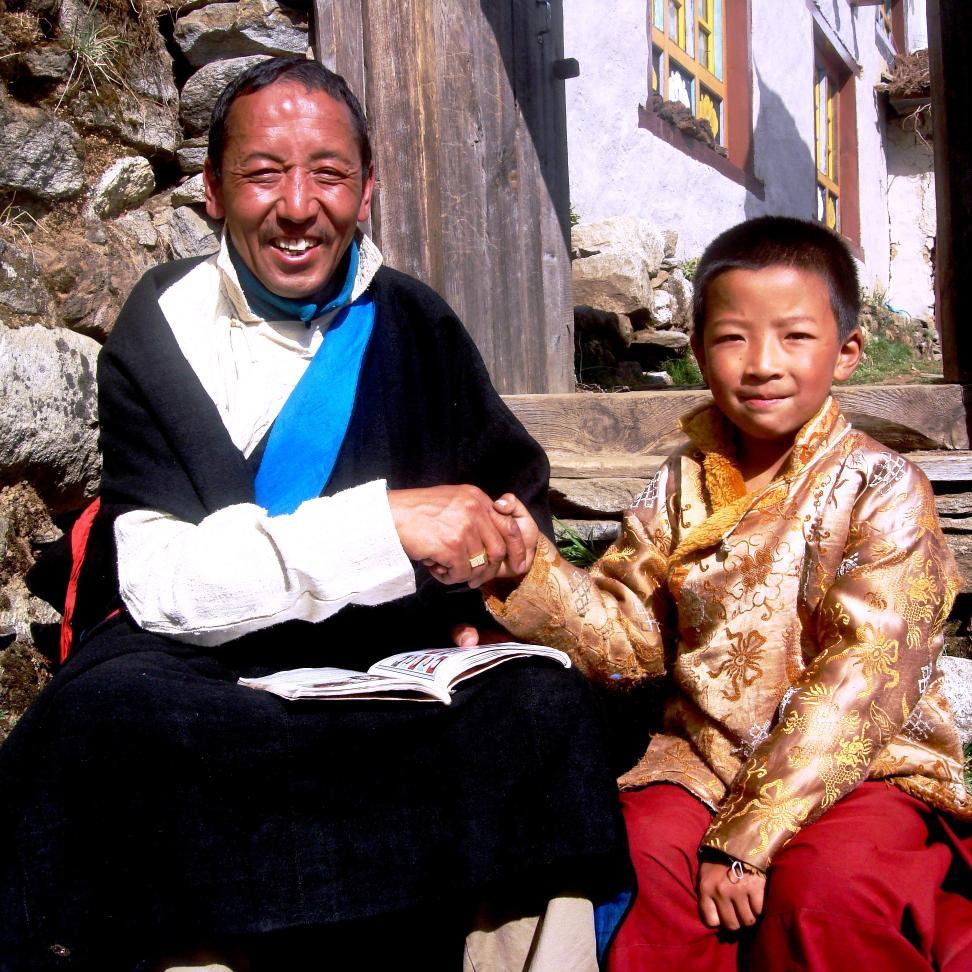 Sherpa tribespeople were mostly yak herders and traders living deep within the Himalayas until Nepal opened its borders to foreigners in the 1950s. As adventurers began arriving to conquer the country’s famous peaks, the Sherpas with their mountain experience found themselves in demand as guides and porters.

To this day they are an indispensable part of Nepal’s climbing industry, which brings in $300 million to the country each year. But advocates say Nepal’s estimated 350,000 Sherpa remain marginalized, with many living in remote, impoverished villages connected to the rest of the country only by footpaths and small airstrips. Access to schooling beyond the primary level is rare. 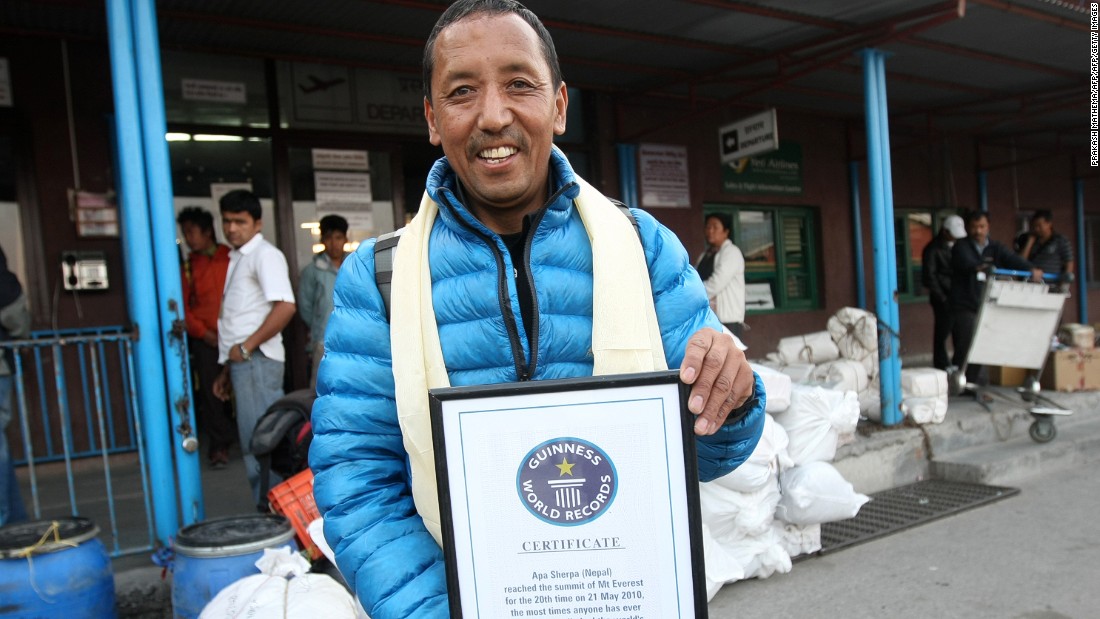 The Apa Sherpa Foundation, set up in 2012, has been seeking to change that, paying teacher salaries in several villages to ensure schools remain open and providing hot lunches, computers, books, pens and warm clothes to motivate children to attend classes.

“Most people in the area have now realized the value of educating their children and they do their best to send their children to school,” Sherpa said. “But many schools face difficulties, so we try and help them whatever way possible.” When Sherpa was growing up, the school in his village, Thame, offered education only up to the second grade. He continued his studies in another village for two more years, walking the mountain trails for six hours each day, but had to drop out when his father died and he had to take on the responsibility of feeding his family. 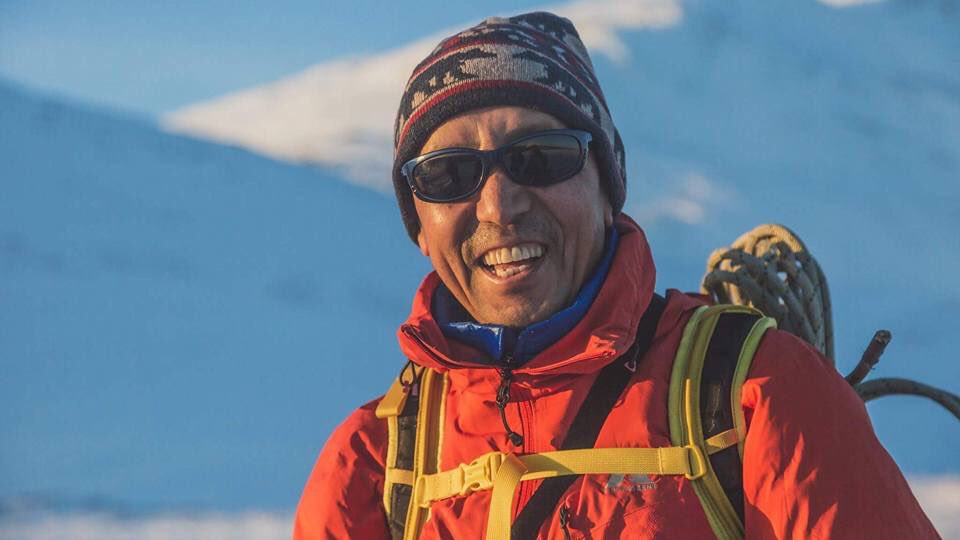 By the age of 12 he was working on climbing expeditions. At age 30, he summited Everest for the first time. He repeated the feat almost every year after, going on to become one of Everest’s greatest guides and earning the nickname “Super Sherpa.”

When he retired in 2011, he jointly held the record for having climbed the 8,850-meter (29,035-foot) peak 21 times with fellow Sherpa Phurba Tashi. Another Sherpa, Kami Rita, would go on to break the record and on May 15 reached the summit for the 23rd time. 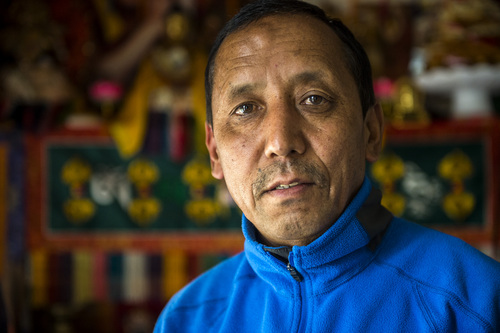 “Everyone said 21 was a good number,” Sherpa noted of the timing for his retirement, which fulfilled a longstanding promise to his wife.

Sherpas are the first to reach Everest each climbing season and the last to leave. They set up the camps, carry the equipment and cook the food for climbing parties.

Most importantly, they fix the ropes and ladders over the crevasses and icefalls that enable mountaineers to scale the peak.

The work has earned the Sherpas prestige, as well as income far above average wages in Nepal.

Experienced guides like Sherpa who take climbers all the way to the top of Everest make $10,000 or more, while porters or cooks at mountaineers’ camps average between $3,000 and $5,000 during their three months of work. That’s a huge amount compared to Nepal’s $1,035 annual per capita income. 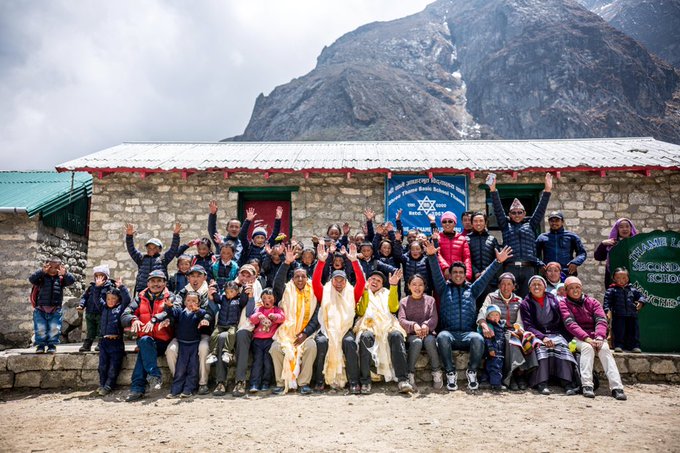 Sherpa himself was able to move to the U.S. state of Utah in 2006 so that his children could have a better education.

But Sherpas also bear the largest brunt of the danger and death that go hand-in-hand with the industry. In 2014, 16 Sherpa guides were buried by an avalanche on Everest as they carried supplies. The following year, another 10 were among those killed when an earthquake triggered an avalanche that tore through Everest base camp. 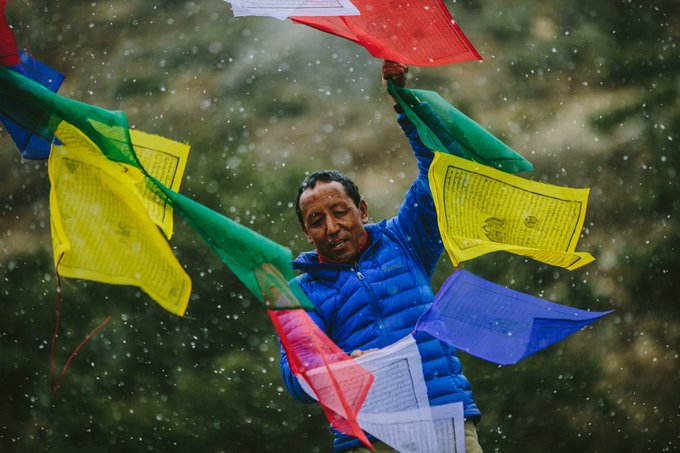 After the 2014 disaster, Sherpas refused to work, prompting the government to introduce new rules for better wages, increasing insurance payouts and improving rescue operations for Sherpas.

Sherpa himself had many near misses, having survived blizzards, frostbite, inadequate oxygen supplies and the deaths of fellow mountaineers. Given a choice, he said, many Sherpas would probably never take up the work.

In the past few weeks, members of his foundation and trekkers have hiked to six schools to drop off supplies. They also distribute supplies to monasteries. As Buddhists, Sherpas often send their children to live and study at monasteries, a tradition that also relieves parents of the burden of having to feed and educate them at home.

In addition to making sure children have access to school, there is also the issue of ensuring teachers are hired. Of the eight teachers the government says are needed at the village school in Thame, it says it can only afford to hire three.

Sherpa’s foundation helps to pay the salaries of another five teachers who have not been formally hired.

Located at 15,000 feet, Anlay Pho in J&K’s Ladakh is one of the highest polling stations in the world
The story of Irtiqa Ayoub, this 23-year-old is youngest Kashmiri rugby player