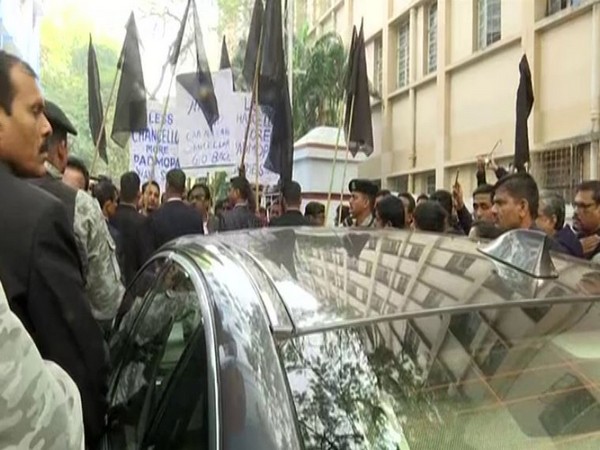 Representatives of various traders and builders associations held a silent protest on the Vijayawada national highway here on Tuesday against Andhra Pradesh government’s proposal to set-up three capitals in the state.

Several unions in the state, including traders’ unions, bar associations, chambers, builders’ association, merchants and doctors have formed the joint action committee (JAC) to oppose the state government’s plan.
JAC member Siva Reddy said, “Decentralisation of administration and setting up three capitals in a state with 13 districts is not right. We demand to save Amaravati and the interest of the people of Andhra Pradesh.”Don’t divide and rule,” he said urging Chief Minister YS Jagan Mohan Reddy to rethink his government’s plan to set-up three capitals.

Several other members of the JAC were also present during the protest.The state government is considering to set-up three capitals in the state based on the recommendation of an expert committee, which was formed to suggest the placements of the capital and other administration offices.

The committee has recommended that Visakhapatnam to be the executive capital from where the Secretariat will function and will also have the Chief Minister’s Office, while Amaravati will be the legislative capital and Kurnool will have the High Court with one Bench each at Amaravati and Visakhapatnam.