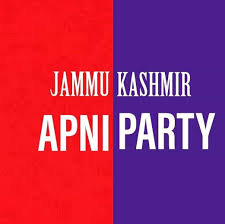 Srinagar, Jul 23: Demanding consolidated wages for fair price shop dealers, the Apni Party (AP) on Thursday said there could be negative impact due to introduction of “One National One Card” (ONOC) scheme on such dealers.

However, the AP lauded the introduction of ONOC in the country.

Mir said that due to the Centre’s ‘ONOC’ scheme the fair price shops would lose their targeted beneficiaries which would in turn reduce the monthly commission of the concerned dealers.

“Since the advantage of this scheme is that you can go to any corner of India and get your ration from fair price shops, the allocated number of beneficiaries to a particular fair price shop would not remain the same. This will have a direct impact on the monthly commission of dealers which is directly proportional to the quantity of sale of food grains,” Mir observed.

The AP leader said that the fair price shop dealers in J&K were already suffering immense difficulties on account of varying rates of grains, untimely disbursement of commission and unreliable supply of food grains.

“Now with the launch of ONOC scheme which is beneficial for the people especially migrant labourers, the government must safeguard the interests of fair price shop dealers who are otherwise also not in a position to support their families in a comfortable manner,” Mir opined.

“While the Central government has launched this scheme with the sole aim to mitigate the sufferings of the general public, the government of J&K should chalk out a plan to bring all the fair price shop dealers on government rolls and provide them consolidated wages on a monthly basis instead of their monthly commissions,” he demanded.

Meanwhile, the AP leader expressed deep concern over the poor implementation of COVID-19 guidelines at government ration depots and fair price shops where a bulk number of beneficiaries are supposed to record their thumb impressions on biometric machines to fetch their free ration.

“On the one hand we are imposing lockdown to stem the spread of this deadly disease, and on the other we have reports that social and health protocols mandated under COVID guidelines are observed in breach at these spots. The concerned authorities should ensure that biometric machines are properly sanitized and all the visiting beneficiaries should be asked to abide by the social distancing and sanitization norms,” he pleaded.