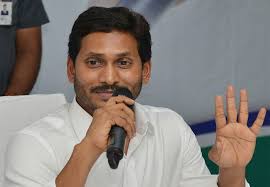 Andhra Pradesh Chief Minister YS Jaganmohan Reddy launched “Mana Badi Nadu Nedu” (our school then and now) programme on the eve of Children’s Day, whereby, the state government will provide Rs 12,000 crores for infrastructure development in schools.
The program was launched at PVR Boys High School here. “With this programme, we will change government schools to the temples of education. We are attempting to reform Telugu people to compete with the world. Education is the only way for that,” said Reddy.
“We took a historic decision for children. But opposition is making allegations for political purpose. Such people should leave hypocrisy and value democracy. The state will develop only if all people are developed. Education is the only way to eradicate poverty,” he added.
“We will provide all facilities like drinking water, toilets, tube lights, furniture, labs in schools,” said Chief Minister.
“We are going to introduce English Medium in all government schools from 1 to 6 class. Telugu will be a compulsory subject. Parents committees are constituted in all schools. I am aware that there will be some problems if we implement that blindly. In order to cover that gap, bridge courses will be introduced and teachers will be provided with the training. This may cause disturbance for a year or two,” he said.
During a recently held cabinet meeting, a decision was unanimously approved of converting all schools into English medium institutions. As of now, 34 per cent of government-run schools are running as English medium institutions in the state.
From the next academic year, students up to Class 6 in government schools will be taught only in English. Gradually, Grades above 6 will also be converted into English medium institutions.