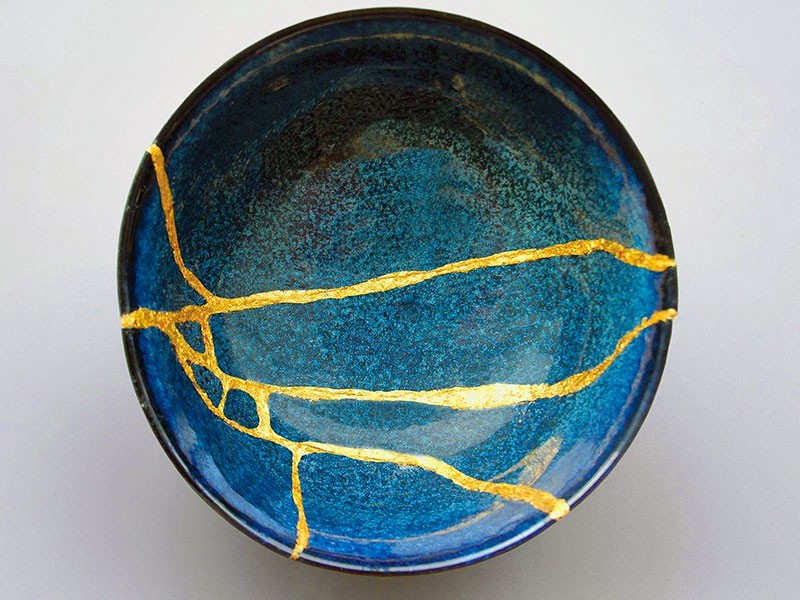 The road left the last suburbs of Tokyo behind, and the slopes and summits of Hakone’s gently rising hills came into view.

Yuri turned to me. ‘The mountains are magnificent, Meenu-chan, you shall enjoy them very much.’ Her careful English and slow cadence were full of charm to me. Only very infrequently would she slip and an ‘r’ would turn into an ‘l’, but that was charming too, like a child’s lisping.

Mountains evoked memories for me, they were part of my childhood. Almost every summer, as I was growing up, my parents bravely packed suitcases and holdalls, filled tiffin boxes with food cooked early in the morning, and set off on slow, meandering train journeys to the mountains with the three of us, my two sisters and I, in tow. Shimla, Nainital, Ooty, Darjeeling. My summer vacations were spent following crowds around lakes and quaint hill-station bazaars, eating sticky peanut sweets and spicy savouries. One of my earliest childhood memories is of one such holiday: We are walking by a green lake gleaming in the soft mountain sunlight, my elder sister and I. I am holding tightly on to her hand, afraid of the iron hooves of horses trotting all around us. There is a distinctive odour in the air, an odour composed of sweat and dung. To me, horses were as much a feature of our mountain holidays as the scenic mall roads and lovers’ points, and the smell of horse dung is inextricably connected with mountains in my memory. Involuntarily, I tried to detect it in the fresh, pine-and-cedar scented air of Hakone. But of course there were no horses here. The smooth, concrete-and-metal road running through the gently rising and falling hills had sparse traffic, a few cars, an occasional limousine bus, like the one Yuri and I were riding.

The mountains were mesmerizing in their summer beauty, even on an overcast day like today when the sky was curdled with dense white clouds and the daylight falling on the green trees was muted and grey. The meadows by the roadside were dotted with white daisies and yellow primroses. Little lanes, overhung with trees and full of a mysterious grey-green light, ran up and down the hills.

‘This is too beautiful to catch a glimpse of from the bus window, Yuri. Can’t we just get down here and walk to the hotel? It can’t be very far now, and the slope’s gentle.’ In the quiet bus, my voice rang out despite my effort to speak in a soft, low tone. The middle child of three and growing up in a noisy, extended family, I had learnt early to drown out other voices in order to be heard, and a few months in Japan under Yuri’s tutelage had not had much effect.

Yuri shook her head. ‘The bus has scheduled stops. We must wait for our stop.’

‘Come on, Yuri. Surely we can ask the driver very, very politely to make an unscheduled one? I’m sure he won’t mind. Back home, we do it all the time! Let’s, please. He would only need to stop the bus for a few seconds. The man controls the machine, isn’t it?’

Yuri smiled, but shook her head firmly. ‘I am very sorry but we cannot do that. It would be impolite to place the driver in such difficulty. He would have to choose between refusing a request and breaking a rule.’

I gave in. I knew that despite the gentle tone, those were strong words from Yuri.

I had met Yuri at a language exchange class organized by the advisor for international students at the University of Tokyo. I had come to Tokyo on a research scholarship, and Yuri was studying political economy. We were paired up for the evening, me to practise my halting, beginner’s Japanese, and Yuri to practise her fairly good English. I had mentioned to her that I was researching woman-themed Japanese literature for my project. She had smiled politely and made the appropriate remarks. As the evening progressed, I found myself telling her all about my dislocated life in Tokyo. The beautiful university campus filled largely with Japanese students was like a world sealed away behind a glass wall to me – I could never be part of it. I was living on campus at that time, and shared my room with another visiting student, a Slovenian who belonged to a tight circle of East European students in Tokyo. She was out with them every evening, and I spent my evenings alone, eating dry cereal and watching Japanese television with subtitles to improve my language proficiency. I was vegetarian and, with my limited knowledge of the Japanese script, was unable to decipher the ingredients listed on boxes of food articles in a jumble of kanji, katakana and hiragana. Yuri was astonished and dismayed to hear that I had been surviving on cereal, yoghurt and fruits all this while. ‘I am sorry you have so much trouble in Japan, so sorry you face difficulties in my country.’ She had bowed deeply. ‘You need much looking after,’ she had said, not critically but sympathetically. From that evening onwards, she had become my guide in Tokyo.

Yuri worked part-time at a Japanese magazine’s offices, reviewing drafts and reading proofs, to pay her tuition, and lived in a tiny apartment in nearby Kasuga not far from the subway station. After her classes, she took to dropping by at my room on the campus. She would sit unobtrusively in a corner while I worked, quietly turning the pages of books I had brought with me from home – the Ramayana, Phanishwarnath Renu’s novels, Agyeya’s poetry. The Devanagari script in which the Sanskrit and Hindi texts were written was like so many squiggles and symbols to her, and yet she could remain engrossed, occasionally casting glances at me as I looked up references and typed my notes. When my day’s quota of work was done, Yuri would take me to explore Tokyo – downtown Ginza, Harajuku, Shibuya, Omotesando, suburban Ueno.

Excerpted with permission from Kintsugi: A Novel, Anukrti Upadhyay, Fourth Estate. Read more about the book here and buy it here.

Join The Dispatch Whatsapp Group to stay updated
The Dispatch is present across a number of social media platforms. Subscribe to our YouTube channel for exciting videos; join us on Facebook, Intagram and Twitter for quick updates and discussions. We are also available on the Telegram. Follow us on Pinterest for thousands of pictures and graphics. We care to respond to text messages on WhatsApp at 8082480136 [No calls accepted]. To contribute an article or pitch a story idea, write to us at [email protected] |Click to know more about The Dispatch, our standards and policies
TagsAnukrti Upadhyay HarperCollins India Japanese Art Kintsugi

I don’t think statehood will be restored to J&K till BJP Govt is there: G A Mir
10th, 12th results after two weeks: BOSE
Comment