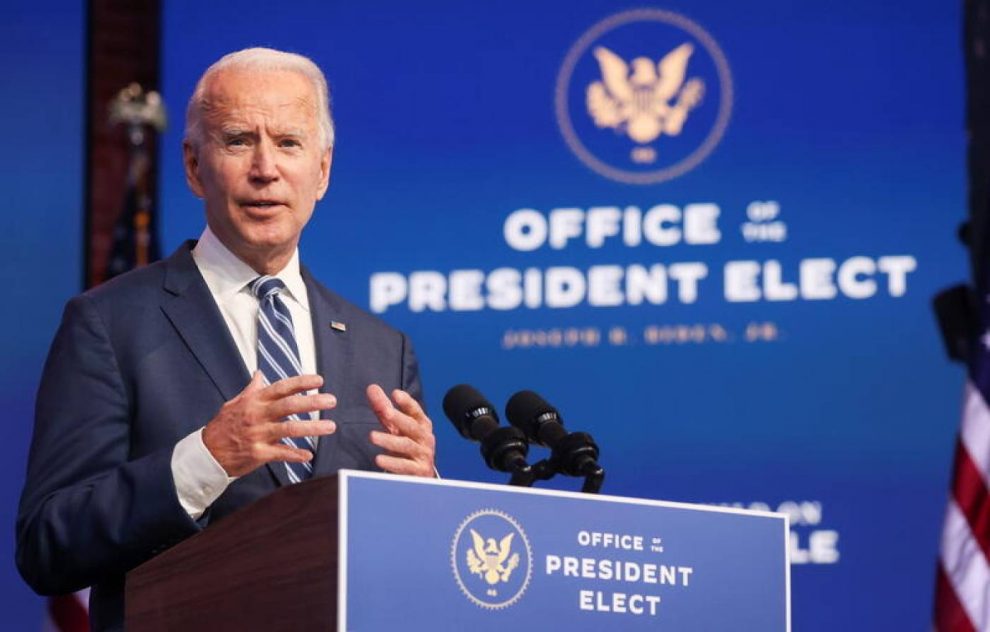 President Donald Trump’s government made human trafficking one of its signature issues, but an emphasis on sex exploitation and a hardline anti-immigration stance caused concern among many leading organizations and lawyers working to combat the crime.

An estimated 20 million people globally are victims of forced labor while 4.8 million are trafficked for sex, according to the Walk Free Foundation. The human rights group estimates there are at least 400,000 modern slaves in the United States.

“The good news is we have two people coming into office who have a deep understanding of human trafficking,” she added, referring to Biden and Vice President-elect Kamala Harris.

In July, Biden pledged if elected to enact immigration policies that protect survivors, expand federal grants to support U.S. and foreign victims, and crack down on labor trafficking including exploitation in overseas supply chains.

“I will make it a priority to combat this terrible crime,” Biden said in the statement to mark World Day Against Trafficking in Persons. “I will reassert the leadership role America has played on this issue for more than two decades.”

The Alliance To End Slavery and Trafficking (ATEST) on Tuesday urged the new government to invest more in research and prioritize prevention and victim protection over prosecutions.

The coalition of anti-trafficking organizations called for preventive measures including safe housing, education opportunities and social protection for all workers.

Foreign trafficking victims can apply for a special “T-visa” that allows them to stay in the country, receive government benefits and even put them on the path to U.S. citizenship.

The backlog of pending applications has grown since Trump took office in 2017, with applicants often waiting at least two years for a response. Last year saw the lowest number of T-visas – 991 – approved since 2010, according to government statistics.

Martina Vandenberg, president of the Human Trafficking Legal Center, said she hoped Biden’s government would reverse a 2018 policy change that meant applicants who were denied visas and in the United States illegally were put at risk of deportation.

“My hope is that the Biden administration will eliminate the cruelty and bring back the rule of law,” Vandenberg said.

Trump’s administration has ramped up the blocking of imports made with forced labor – mainly products from China such as toys and clothing amid trade tensions between the two nations – and launched a federal law enforcement center to tackle trafficking.

Yet the country was criticized in June as having undermined its credibility in the global anti-trafficking drive by awarding itself top marks in its annual report on the crime despite a decrease in prosecutions and protection for foreign victims.

Luis C.deBaca, who was U.S. anti-trafficking ambassador under former President Barack Obama when Biden was his deputy, said the President-elect would tackle the issue at home and abroad with a combination of “compassion and competence”.

“(Biden) was more than willing to raise uncomfortable conversations about human trafficking with his foreign counterparts, even when it could make a bilateral relationship very uncomfortable,” he told the Thomson Reuters Foundation.