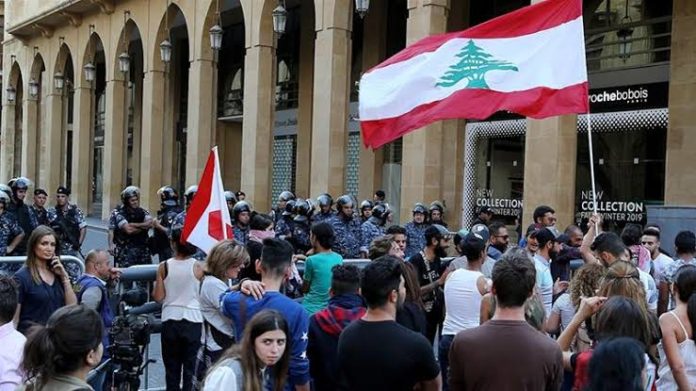 As anti-government demonstrations in Lebanon entered the third week, the protestors on Wednesday sought to shut down key state institutions in the country until their demands are met.
Instead of blocking roads and setting up barricades, the protestors held sit-ins at state-affiliated sites to put pressure on the political establishments, reported Al Jazeera. Protesters are expected to hold large sit-ins at the various state institutions include the ministry of justice, foreign affairs, tourism, finance, communication, and labour, as well as the offices of Electricite Du Liban, the main Lebanese electricity provider.
Moreover, scores of students in Beirut left schools and universities to join the mass protests.
The anti-government protests in Lebanon began on October 17, with demonstrations from various religious groups accusing the government of corruption and mismanagement. The protesters also called for steps to improve the economic condition of the country.
Meeting one of the key demands of demonstrators, Saad Hariri last week resigned as Lebanon’s prime minister. However, he will stay on in the role of caretaker Prime Minister until a new government is formed.
According to figures released by Lebanon’s Finance Ministry in July, the country has one of the biggest public debt ratios in the world.
The country’s gross debt reached 85.7 billion dollars at the end of June, up by 0.7 per cent from the end of last year, added the ministry.