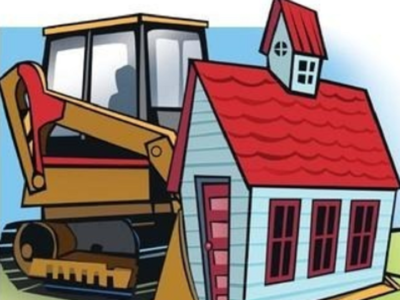 Jammu, Jan 22: The inhabitants of Sunjwan and Bhatindi areas of Jammu city on Friday morning held a protest demonstration against the government authorities after an anti-encroachment drive was started in the wee morning hours.

Witnesses told the news agency—that the drive was objected by locals who resorted to stone pelting, damaging a police bus and two JCB machines.

They said the protesters raised slogans against the municipal authorities and other concerned government departments.

Meanwhile, locals said that amid darkness, authorities pressed into service it’s men and machinery to demolish structures in the area without serving any notice.

“The area is being targetted time and again despite the fact that a number of other localities in Jammu are also having structures on state land,” locals alleged.

The protest was going on when the reports last came in.