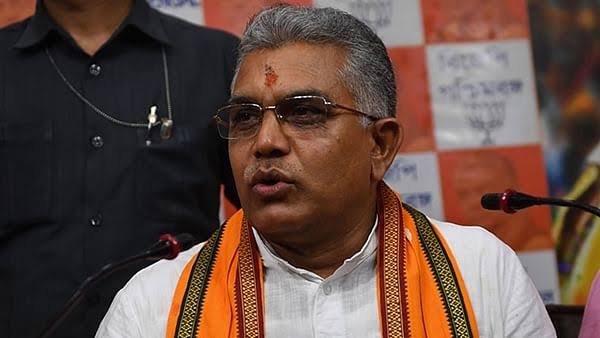 West Bengal Bharatiya Janata Party (BJP) chief Dilip Ghosh tore into Chief Minister Mamata Banerjee for opposing the implementation of Citizenship (Amendment) Act by claiming that she is carrying out “anti-national” activities.
He also accused Banerjee of speaking the language of Pakistan. “Mamata Banerjee is indulging in anti-national activities. She is speaking the language of Pakistan. The elected Chief Minister is neither accepting the Parliament nor the President. In such a situation, she has no right to be in the post,” he said while speaking to media.
“The way Pakistan says to go to the United Nations (UN) on every issue, similarly Mamata Banerjee is also refusing to accept the law of the country and is talking about going to the UN,” he added.
Yesterday, challenging the Prime Minister Narendra Modi led government at the Centre to go for a UN-monitored referendum over the amended Citizenship Act and the NRC, the West Bengal Chief Minister had stated that the BJP will have to quit if it fails with a “mass vote”.
The CAA seeks to grants citizenship to Hindus, Sikhs, Jains, Parsis, Buddhists and Christians fleeing religious persecution from Pakistan, Afghanistan and Bangladesh and came to India on or before December 31, 2014.