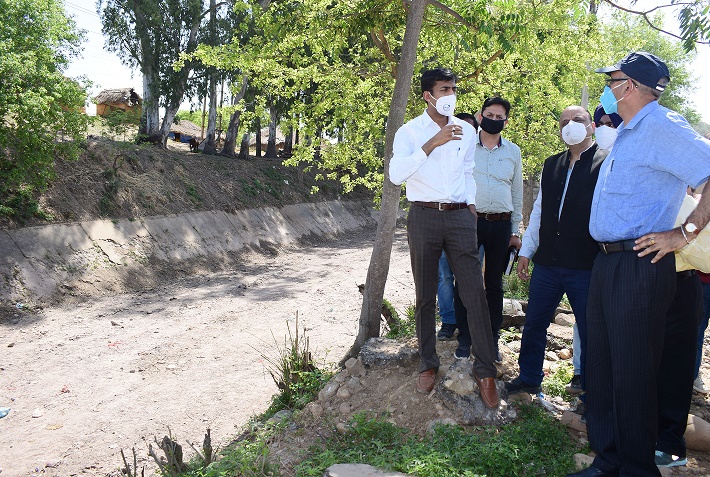 JAMMU: The Deputy Commissioner of Jammu, Anshul Garg on Saturday directed officials to to work together in tandem and ensure completion of the desilting work in time so that farmers and local populace don’t face any problem.

“Remove all the bottlenecks to clear all the distributaries to provide the farmers sufficient irrigation water to dampen their fields,” Anshul Garg said while conducting tour along the Ranbir Canal from Canal Head to Akhnoor to inspect the progress of desilting work and review the issues raised in making the distributaries through to provide irrigation water to the farmers well in advance.

During the tour, the Deputy Commissioner conducted the spot inspection and checked the desilting process in progress. The concerned officer appraised the DC that there are 30 distributaries including 4 escape canals along the Ranbir Canal, of which there are some issues in 15 distributaries.

They also informed that the distributaries need to be cleaned immediately to make them through to provide irrigation water to the fields.

Deputy Commissioner emphasized upon the concerned officers to remove the bottlenecks to clear all the distributaries to provide the farmers sufficient irrigation water to dampen their fields. He also directed the Irrigation Department to gear up their men and machinery to ensure cleaning of the canal and khuls before the stipulated time.

Deputy Commissioner also directed the concerned department to work together in tandem and ensure completion of the desilting work in time so that farmers and local populace don’t face any kind of problem. He was accompanied with the officers of concerned departments including Irrigation and NHIDCL.