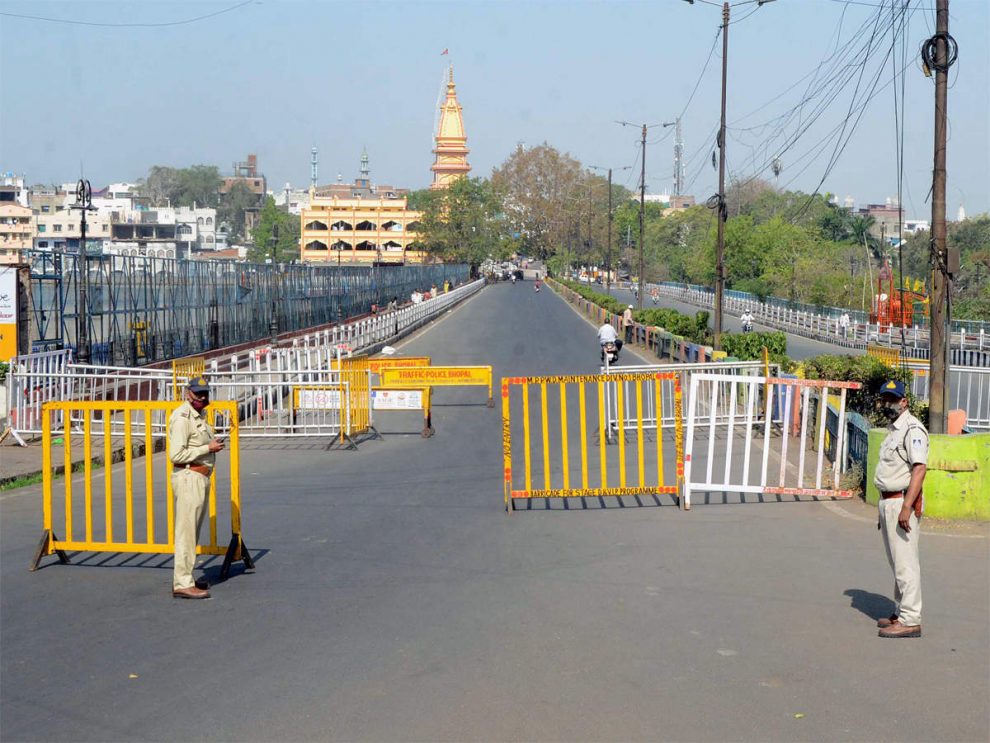 India has to learn to be in the working mode and not shut or lock itself down repeatedly. After loss of productivity, jobs and severe thaw in the economy for a year, it should have evolved a protocol to restore normal working conditions. The hits come at a time when the International Monetary Fund just predicts a possible 12.5 growth in 2022 and forecasts India as the fastest-growing economy. The second erratic closure may throw a spanner.

During the last 100 years it has suffered many epidemics but never closed down the establishments. During those difficult times all individuals and organisations came together to strive and restore normalcy. The mid 1990s Surat plague was also combated like that and the dirty city re-emerged as a beautiful clean destination but it did not shut down its business activities.

Even after nine months after the unlocking process most industries, including education, tourism, travel and even government offices have not bounced back to the usual mode. Direct and indirect job losses are hitting not only the economy but social and family lives. The minus 23.9 per cent fall in GDP during the lockdown and still speculations by national and international organisations about the growth and another bout of widespread closures and uncertainties are hitting all activities.

The country remembers that the nationwide sudden lockdown on March 25, 2020 at a four-hour notice led to 10.9 million (1.1 crore) jobs being lost and termed the worst-ever year for the job market. It does not include the trek back of at least another 10 crore migrant workers, of a supposed 18 crore, to their homes impacting MNREGA expenses.

There is no centralised data available for how many jobs were created during July-December 2020, a volatile period. In total, Human Resources  consultants estimate one million (ten lakh) jobs were added during this period. Now many of these jobs, most in irregular employment, are threatened to be lost again.

Many companies like Parle Products, Tata Motors, Mahindra & Mahindra, Ceat and Axis Bank have largely gone back to WFH format for corporate employees. Many others like ITC, Samsung, RPG, Dabur, Haier, Vedanta, Vivo and Panasonic have issued new guidelines to the workers. Aditya Birla group Global HR Director S Misra says that office attendance may come down to 30 per cent against the present 50 to 60 per cent. While this reduces companies’ productivity or not it does affect travel and transport, restaurant, entertainment and allied sectors.

According to CMIE, since January 2021 about 12 million additional people got jobs, the highest since March 2020. But the April lockdowns can make many of them lose it again.

The stock market is again rocked with both BSE and Nifty slipping every day, banks fretting over another spike in defaults and credit quality, and the manufacturing activity at its lowest pace in seven months restricted by COVID-19 panic. The curbs, imposed almost all over the country and beginning of a second wave of exodus of migrant workers back to their home, could dent manufacturing, core sector activities, supply of goods & services and the overall demand.

A nation trying to recover is being hit hard again. Retailers Association of India (RAI) estimates retailers will lose about $5 billion in Maharashtra alone in April. It says that this State alone accounts for 10 per cent of $85 billion of India’s annual retail sales. It says that sales of automobiles, consumer durables, smart phones and apparels, which have just started recovering, will be adversely affected. Even partial lockdowns in different parts hit sales. Kirana stores across the country report that there are no major increase or customer walk-ins.

Work from home occasionally for maximum worker utilisation cannot be a permanent mode. The online mode in a poor country like India with critical cash flow in rural areas increases hardship and is devastating the education sector, largely private as income-deprived parents are unable to pay the tuition fees leading to closure of several lakh budget schools in Bihar, Uttar Pradesh, Rajasthan, Madhya Pradesh and many other States. They can neither afford increasing data costs nor they have connectivity nor even smart phones or laptops. The new generation feels not only deprived but also discriminated leading to a severe social divide. In Bihar, the budget school owners are up in arms against the irrational lockdowns.

The situation remains alarming as the factory activity grew at its weakest in March 2021. The Nikkei manufacturing purchasing managers’ index (PMI) declined to a seven-month low of 55.4 from 57.5 in February on demand squeeze. A Reuters survey says that Asia’s third largest economy despite some recent improvements is heading for the biggest risk to the outlook. The rupee is already taking a hit for national, international situations as well as severe price hike and income squeeze. The country cannot also relax fiscal deficit norms as suggested by Home Minister Amit Shah. Rising government debts may have many dangers.

The second largest populated country having a capacity to grow fast has to change its policies. It cannot force repeated closures of social and economic activities for an unconfirmed fear of a disease. Some health sector people link the new supposed surge to intense vaccination. Even the efficacy of the vaccine produced in a jiffy is being questioned as the production and testing process are yet to be made public. It is also said that pneumonia vaccine has yet not been found even after over 100 years of modern medicine. The concerns may remain though the fears are more speculative. However, it calls for the nation and Prime Minister Narendra Modi to reconsider whether every now and then the country should impose jittery closures. A protocol must be developed so that it continues its work as during war time with least of disruption during any future epidemic. Diseases surge and go but a nation has to sprint to success without closing down for a day.