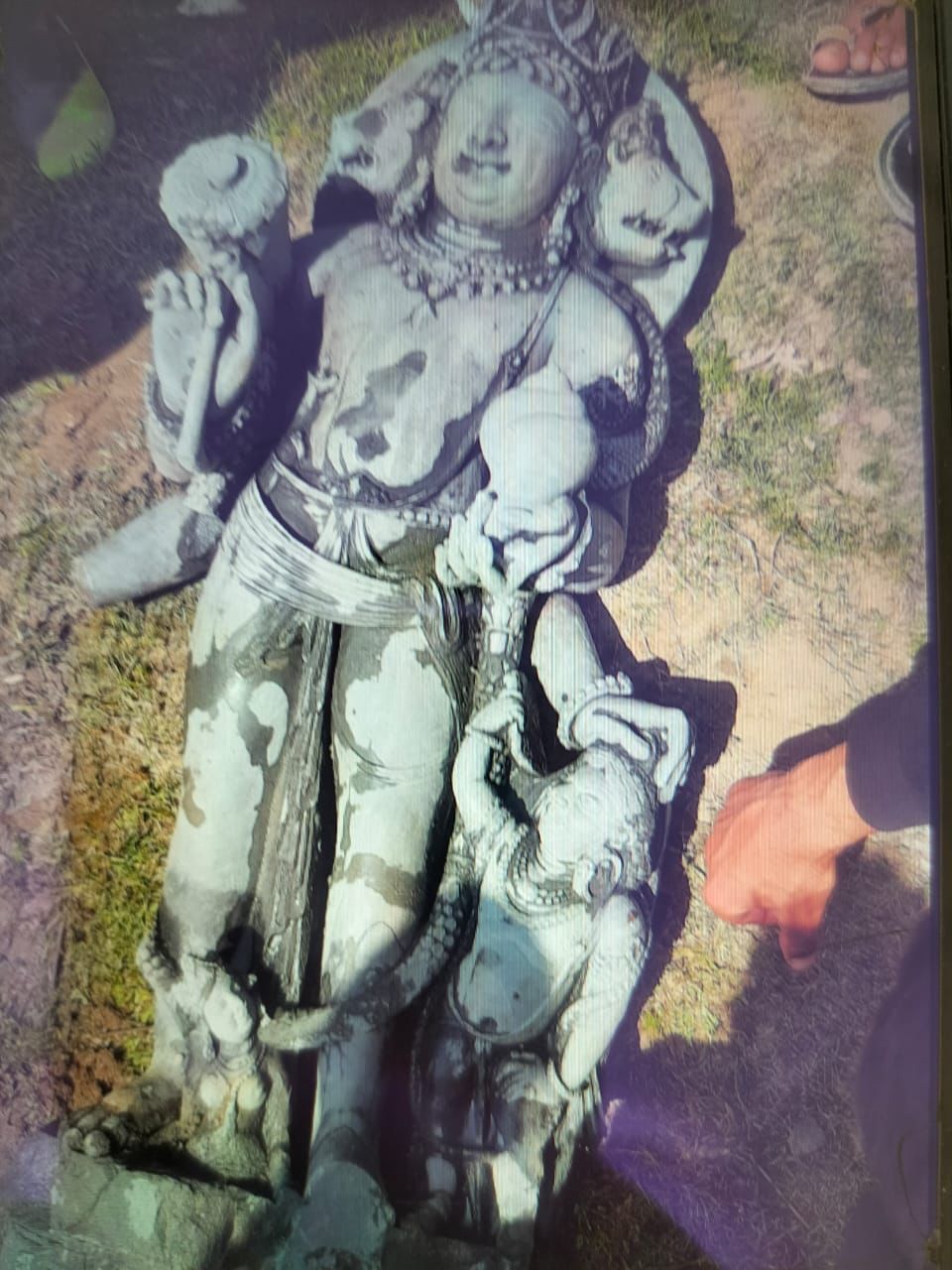 SRINAGAR: An ancient sculpture dating back to 9th Century was recovered from river Jehlum in Kakapora area of Pulwama district on Wednesday.

An official told that some labourers were extracting sand in river Jehleum in Lelhara Kakapora area of Pulwama district and they found an ancient sculpture from the river.

He said that after finding the sculpture, they contacted the local police who rushed to the spot and took the sculpture into their possession.

“The sculpture made of black and green colour was later handed over to the Department of Archives, Archaeology and Museums of Jammu and Kashmir,” they said.

Deputy Director Department of Archives, Archaeology and Museums of Jammu and Kashmir, Mushtaq Ahmad told that it is a three headed Vaishno and a unique sculpture of the 9th century. “It is a green stone sculpture which is very rare and it’s art is highly decorated but its few parts are missing,” he said—(KNO)