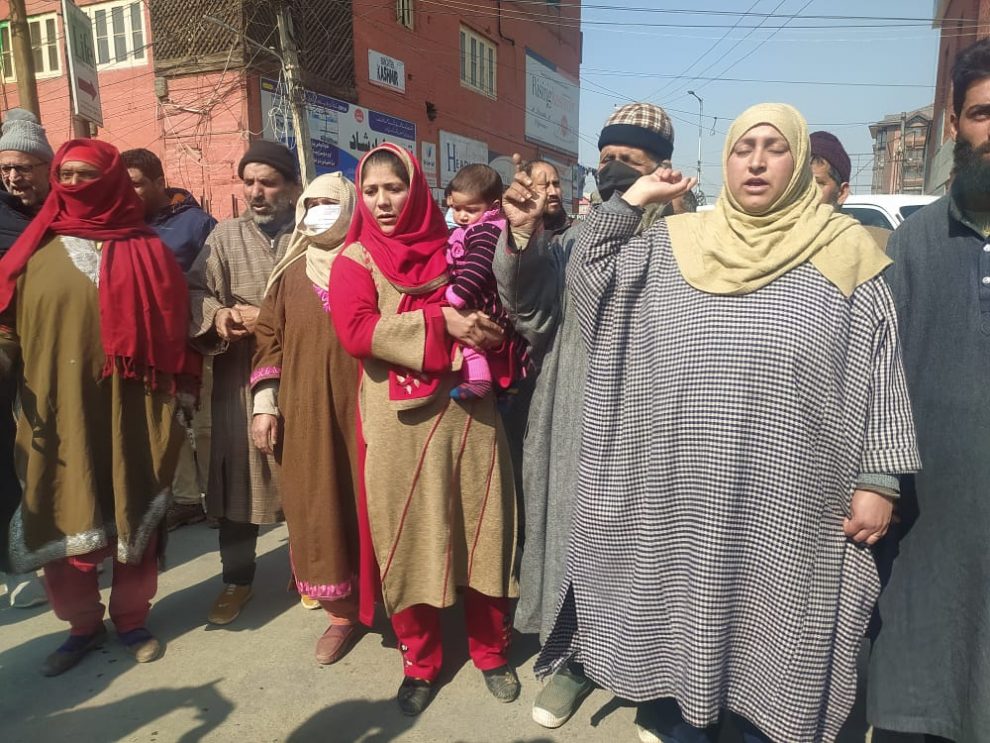 Srinagar, Feb 15: Family members of Zahoor Ahmad Rather, arrested last weekend by police with a claim that he is a top TRF militant involved in the killing of three BJP workers last year, on Monday staged a protest demonstration here, asserting that he is innocent and had nothing to do with militancy after he surrendered in 2006.

The family also claimed that Zahoor was taken away from the rented accommodation where he was putting up with wife and two small children on midnight of February 13 and no whereabouts about him have been since then.

“I want to appeal government. Please do justices. We went to the police station Dooru and the policemen there said they have not picked him and said that he was arrested by Anantnag police. We went to them and they also did not show him. We want to request the government to show where Zahoor is. We want to appeal police and government to show him,” Meena, Zahoor’s sister accompanied by other family members, told reporters at press enclave here as per local news agency.

She said Zahoor was selling dry fruits like walnuts to sustain himself and the family comprising his wife and two minor children.
“Police carried out a raid at around 2:30 a.m. on February 13 and picked him. He is being implicated and has nothing to do with the militancy after he surrendered in 2006,” she said.

The police, she said, was not providing his whereabouts. “Please provide the details. He is innocent. He is suffering from various ailments like high blood pressure, diabetes and had an eye surgery also,” she said and broke down.

Police on Saturday claimed that Zahoor is a top TRF militant and was arrested from Samba district of Jammu.

Inspector-General of Police, Kashmir zone, Vijay Kumar told GNS on Saturday last that a team of Police from Anantnag arrested Zahoor alias Sahil alias Khalid of TRF on the intervening night of February 12 and 13. He said that Zahoor was hiding in Samba and was arrested following specific information by Anantnag police.

The Resistance Front (TRF) is an offshoot of Lashkar-e-Toiba militant outfit, the IGP maintained.
“He was involved in the killing of three BJP workers in Kulgam last year and one policeman at Furra in the South Kashmir district,” the top Kashmir police officer had said, adding, ” Zahoor is being brought to Kashmir for further investigations.” 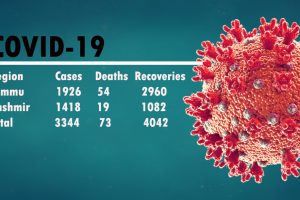