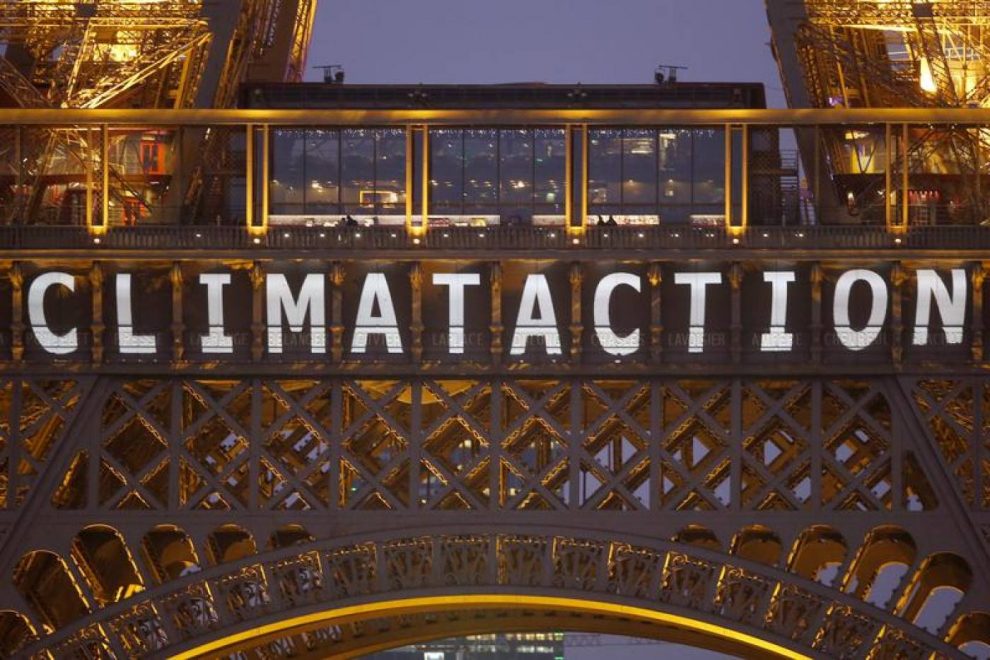 LONDON: The formal return of the United States to the Paris Agreement on climate change on Friday brings it in line with accelerating action nationally and internationally to ward off climate threats – and could spur more global ambition, analysts said.

That may include India setting a net-zero emissions goal, to match similar mid-century targets now declared by many countries from the United States to China, Japan and South Korea, Rachel Kyte, a leading climate and energy expert, told media this week.

With Alok Sharma, Britain’s top official for the upcoming COP26 U.N. climate summit, meeting India’s prime minister this week in Delhi, “now all eyes are on India”, said Kyte, who is dean of the Tufts University international affairs school.

The United States rejoined the Paris Agreement on Friday, under its new President Joe Biden after just three months out of the accord.

Former President Donald Trump declared in 2017 the country would leave the agreement because he believed it would bring economic disadvantage – but the formal process meant the exit took effect only last November, one day after Biden’s win.

Re-entering the pact – something Biden put in motion on his first day in office on Jan. 20 – is a far swifter process.

The move lays the groundwork for a more unified approach to climate action in the United States – where it had been led chiefly by states, cities and companies – and internationally, where the absence of the world’s second-biggest emitter slowed progress.

“The last four years have been strange ones, with many U.S. states and businesses pressing ahead with decarbonisation and its citizens feeling climate change impacts even as Donald Trump continued to deny the problem and undermine the solutions,” said Richard Black of the UK’s Energy and Climate Intelligence Unit.

“But they are most definitely over, and at home and internationally we can expect a real acceleration now,” the senior fellow with the advisory group predicted in a statement.

In Biden’s first month in office, he has set up a cabinet designed to consider climate concerns in all U.S. policy-making, and pushed through a range of executive orders to reverse Trump policies widely seen as hurting the climate and environment.

Biden has said he intends to use a share of $2 trillion in expected coronavirus stimulus spending to drive a transition to a cleaner and fairer economy, including rolling out a nationwide electric-vehicle charging network.

Rachel Cleetus, climate and energy policy director for the U.S.-based Union of Concerned Scientists, said the world was seeing “the politics start to align” around much-needed swifter climate action with Biden’s election and the U.S. return to the Paris pact.

Fast-worsening climate impacts – from storms, floods and wildfires to rising seas – are “forcing us to think as a global community” about solutions, she said, and having major emitters and economic power-houses onboard helps drive that forward.

With scientists warning less than a decade remains to slash emissions far enough to avoid the worst effects of climate change, “the next 10 years are crucial and the U.S. needs to play its fair-share role”, Cleetus said.

The rising number of expensive weather-related disasters in the United States – 22 costing at least $1 billion each just in the last year – could help drive awareness of the need for change, even in the “hyper-partisan” U.S. context, she added.

“The politics and the policy have to bend to the science, not the other way around,” she said. “We can’t negotiate with the science.”