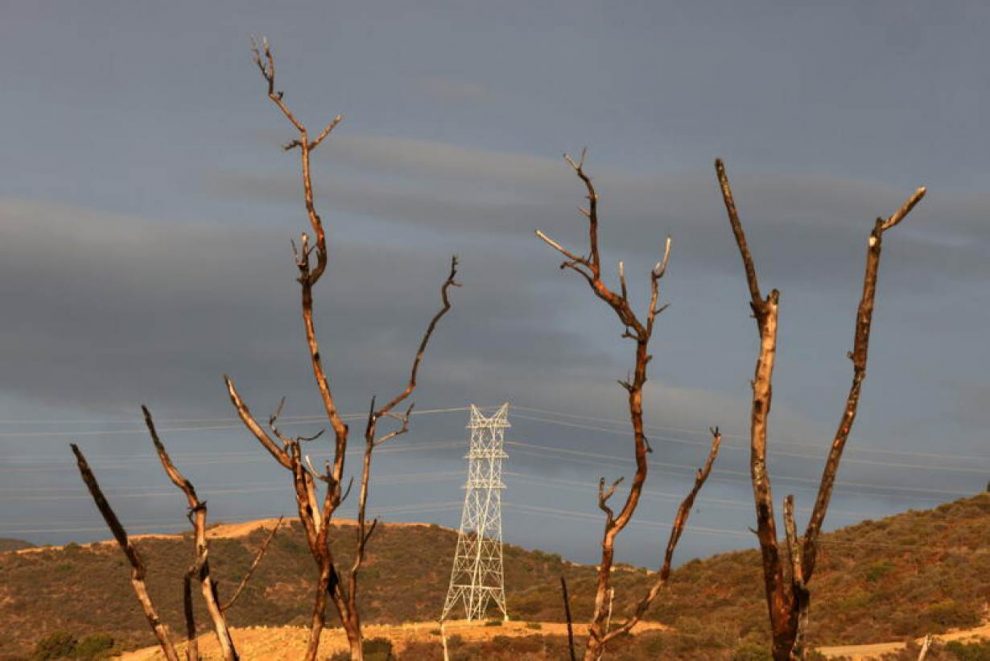 In February 2011, an extreme cold snap in Texas led to a major blackout. About 200 energy-generating units faltered, from power plants to wind farms, impacting more than 3 million customers.

Such was the disruption that the U.S. Federal Energy Regulatory Commission (FERC) and the North American Electric Reliability Corporation published a 357-page report with recommendations on how to avert future crises.

Wind forward a decade and the southern U.S. state is again struggling with the fallout from an even wilder winter storm, which killed at least two dozen people and led to power outages for more than 4 million Texans at its peak last week.

Despite the warnings, the incident revealed that Texas power producers had failed to adequately winter-proof their facilities as the 2011 report had advised.

“So often, after one disaster, we just want to move on and forget the lessons,” said Karl Hausker, a senior fellow with the climate program of the World Resources Institute think-tank.

“There’s growing evidence that we need to make investments in resilience against extreme weather events,” he told the Thomson Reuters Foundation.

Some evidence has also linked the warming Arctic to more frequent and unusually cold weather in the United States, although the issue is still being debated.

In 2020, natural disasters cost the United States $95 billion, up from $51 billion in 2019, including “historic” wildfires and a record 30 storms in the North Atlantic, according to reinsurance firm Munich Re.

The FERC said on Monday it would examine threats posed by climate change and extreme weather to the country’s electric reliability after the latest Texas blackouts, with its chairman noting the effects of climate change were “already apparent”.

Texas energy providers have yet to invest sufficiently in making power supplies more resilient because of “a lack of appropriate incentives”, said Kenneth Medlock, senior director of the Center for Energy Studies at Rice University in Houston.

“Nobody’s going to build something that’s going to sit idle 99.9% of the time so it can run in an emergency period, unless they’re properly compensated,” he explained.

Medlock noted the 2011 post-mortem did not include timelines or penalties for inaction to boost resilience.

Stronger financial incentives and regulations would be needed from government to mandate energy providers to make the necessary changes, he said.

Ultimately the question is what people, as taxpayers or energy consumers, are willing to pay to avoid future crises, he added.

Julie Cohn, an energy historian affiliated with the University of Houston and Rice University, said preparing for everything that can go wrong in a system as complex as an energy grid was difficult.

“There’s probably an outer limit to how much we appropriately should spend (on that),” she said.

Alongside “hardening” measures to make utilities and power distribution networks more durable, parallel investments are needed in other things to protect the public during emergencies, such as opening more warm shelters in winter, she added.

The debate over how to fund such efforts has been raging in California, where wildfires burned through a record 4 million acres (1.6 million hectares) across the state in 2020, causing several blackouts and killing at least 31 people.

The state’s overhead power lines are particularly fire-prone and have caused several deadly wildfires, leading to suggestions that the cables should be buried underground instead.

But California utility Pacific Gas and Electric Company (PG&E) says this would be prohibitively expensive, costing $3 million per mile converted.

PG&E filed for bankruptcy in 2019, citing potential liabilities topping $30 billion from wildfires linked to its equipment.

Despite the challenges, some changes have been made that can help prevent situations like the Texas power outages.

Smart electricity meters in homes, for example, send live data to utilities about energy usage, providing valuable information to prepare for and react to system issues.

“Automatically, the utility knows if there’s an outage that needs to be addressed,” said Julia Hamm, president and chief executive of the nonprofit Smart Electric Power Alliance.

The Florida Power & Light Company has used its “smart grid” to achieve significant reliability improvements in the face of major storms, which includes smart meters and drones to survey damage to the electric system remotely.

Another potential way to boost resilience, said Hamm, is by creating “micro-grids”.

Instead of the traditional model of one big power plant supplying electricity, technology has enabled smaller community-based power generation, which is connected to the grid but can operate independently if there is an outage on the main system.

In Puerto Rico, where Hurricane Maria devastated the island in 2017 and led to a complete blackout, plans are being rolled out to create eight regional micro-grids, each producing their own renewable energy.

Whichever measures are employed, experts say the increase in extreme weather, as the planet heats up, is amplifying the need for better preparation.

“We’ve got to adapt our planning processes to be able to consider climate change,” said Daniel Brooks, vice president of integrated grid and energy systems at the nonprofit Electric Power Research Institute.

Today’s energy plans rely too heavily on historical data and fail to look forward by taking into account the increase in extreme weather due to global warming, he added.

In Texas, for example, ahead of the storm, the Electric Reliability Council of Texas (ERCOT) significantly underestimated how much extra energy might be needed in the event of extreme winter weather.

Another option is working with other states to share energy, in the event of power failures. Texas stands out as not having any such arrangements due to its independent power grid.

“Being an island when it comes to the electrical grid does have a number of challenges associated with it,” said Hamm of the Smart Electric Power Alliance.

Although U.S. power grids are largely operated at a local level, the federal government can play an important role in supporting coordination between states and other local governments, as well as in research and development, she added.

“There need to be clear public policy objectives that can help utilities, customers and others determine which investments are most prudent,” she said.